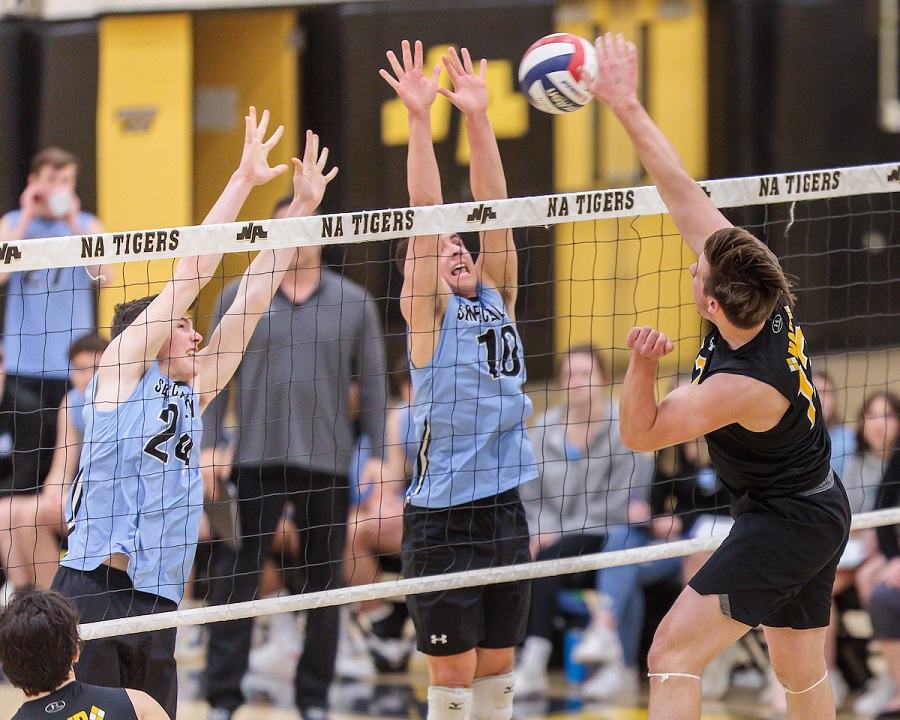 The defeat was the first for North Allegheny since a 3-1 loss in the 2017 PIAA championship game against Central York. Its also the first section loss for the Tigers since a 3-0 defeat at Seneca Valley on April 21, 2016, which also snapped a 63-match winning streak in section play.

Team leaders for North Allegheny in the contest included senior Jack Birch and junior Jax Wilhite, who connected on 10 and nine kills, respectively. Juniors Nico Sfeir and Varun Kaveti chipped in with eight kills each.

Following the loss, North Allegheny dips to 10-1 overall and in Section 1-AAA. Seneca Valley improves to 10-1 in the section and forces a tie atop the standings. The Tigers looks to bounced back on Thursday night with a home match with Pine-Richland. A victory secures a share of the section title. The contest will be broadcast live via the North Allegheny Sports Network.