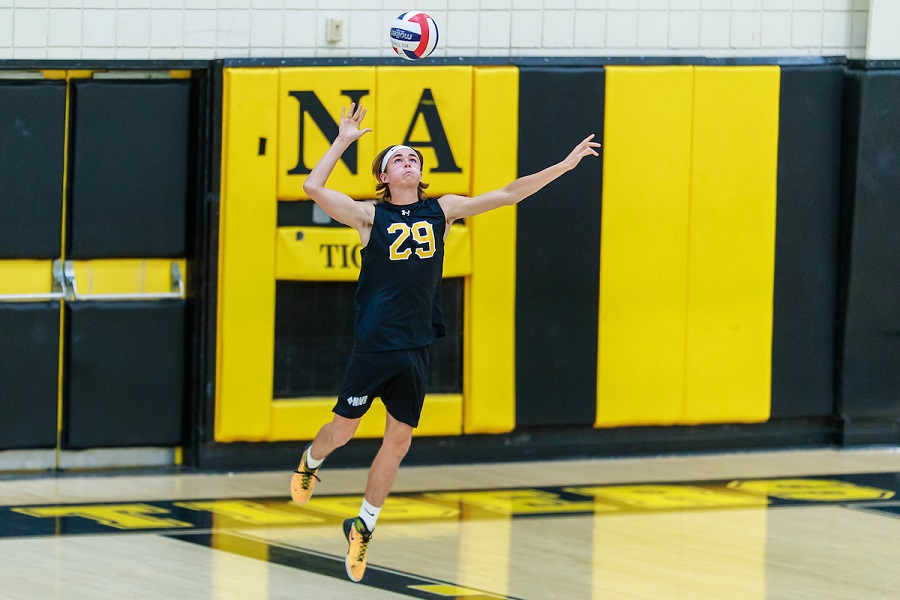 The North Allegheny boys’ volleyball team clinched a Section 2-AAA title with a 3-0 sweep over the Fox Chapel Foxes. The Tigers hold a two game lead over second-place Butler with two games remaining and already own a season sweep over the Golden Tornado. NA beat the Foxes on Thursday night by set scores of 25-17, 25-15 and 25-8.

North Allegheny improves to 13-0 overall and 10-0 in Section 2-AAA. Fox Chapel slides to 2-8 in the section. The Tigers will visit Seneca Valley on Tuesday night in another section contest. The match will be broadcast live via the internet on the North Allegheny Sports Network.