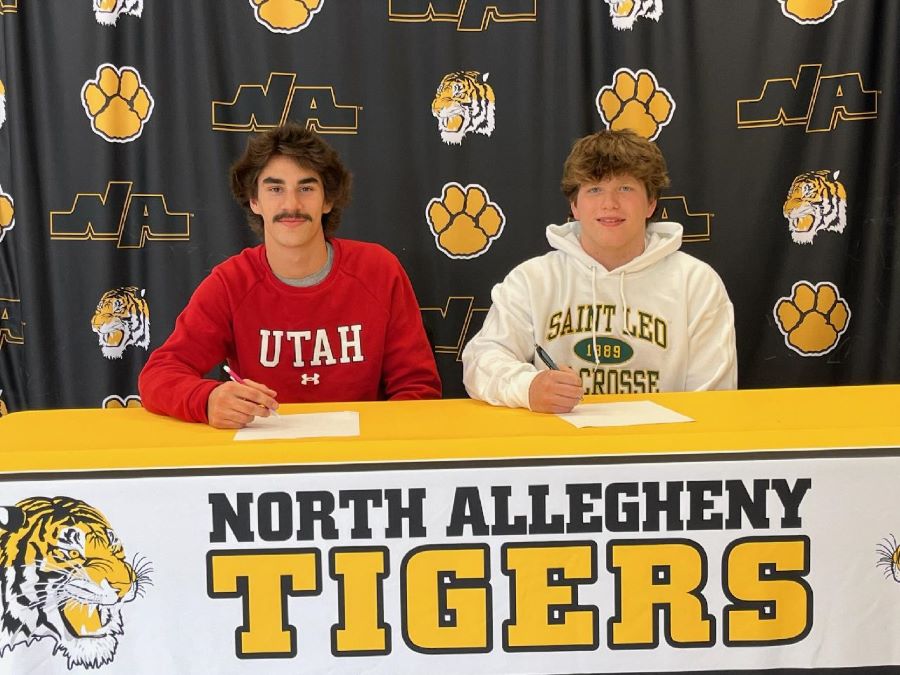 Two members of the North Allegheny seniors have made their college choices to play lacrosse at the next level. Seniors Marc Bartolomucci (Saint Leo University) and Marco Pascarella (University of Utah) signed their letters of intent on Friday.

Bartolomucci was one of North Allegheny’s top scorers at attack last season, netting 40 goals for second best on the squad. He added 16 assists and is a three-year letterman for the Tigers. Bartolomucci will join a Saint Leo Lacrosse program in Florida that competes in the NCAA Division II Sunshine State Conference.

Pascarella, a long-stick middie, was named a U.S. Lacrosse All-American last season and was North Allegheny’s leader in ground balls (120). His crunching hits created 44 caused turnovers, also best on the team. Pasacarella added 19 goals on offense and also pitched in on face offs.

Bartolumucci will major in Business at Saint Leo University. Pascarella will study Mechanical Engineering at Utah. Both are pictured above.