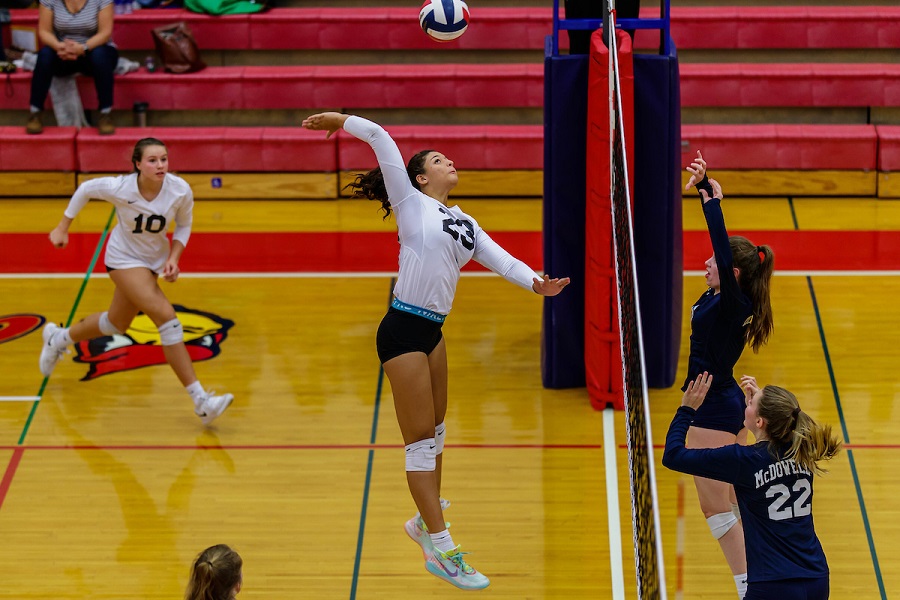 The long-awaited start to the regular season arrived on Tuesday night for the North Allegheny girls’ volleyball team and the three-time reigning PIAA champions began the 2020 campaign with a 3-1 win at Pine-Richland. The Tigers claimed the victory by set scores of 25-19, 25-18, 21-25 and 25-19.

With a host of new faces on the floor this season, the Tigers displayed their bevy of offensive weapons and were led by sophomore Mia Tuman’s 16 kills. Junior Jadyn Perkins and senior Paige Miller added 10 kills each, to go along with six kills from senior Paige Morningstar. Junior Rachel Burton and sophomore Maddie Fickess chipped in with four kills each.