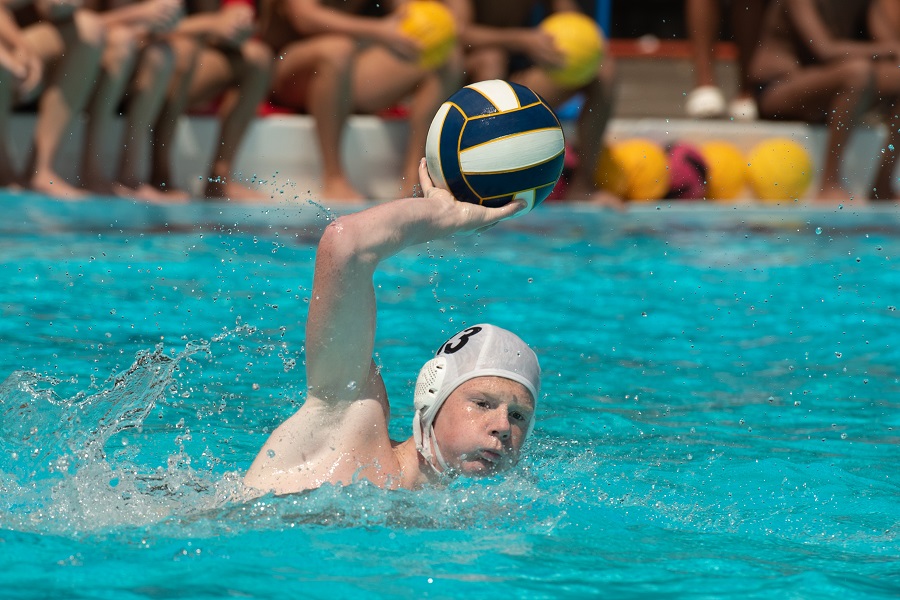 The North Allegheny water polo teams traveled to Cumberland Valley over the weekend for the annual Screamin’ Eagle Tournament. The NA Boys went a perfect 4-0 at the tournament, while the Lady Tigers finished 2-2 in their four games.

The NA Boys opened the tournament on Friday with a 15-4 victory over Mechanicsburg. The Tigers led 15-0 by halftime and were paced by a four-goal performance from senior Sean McClellan and a three-goal outing by junior Anthony Hollo. Senior Ben Gavran netted a pair of goals, while Nico Jacobs-Alarcon, Sreeker Kakumani, Asher Jones, Grante Regule and Justin Morrison all tallied one goal apiece. In between the pipes, goalies Eliot Maravich and Michael Stefanko split time and combined for 12 saves.

Following the win over Mechanicsburg, the Tigers capped the first day of the invitational with an 11-7 triumph over rival Wilson. Senior Keller Sens and McClellan each netted four goals to spearhead the attack. McClellan and Gavran each reeled in four steals on defense. Jones tallied two markers and Gavran also scored in the victory. Maravich totaled 10 saves to earn the victory in net.

After dispatching Wilson, the NA Boys rolled through their Saturday opponents with a 23-8 win over Muhlenberg and a 21-2 victory against host Cumberland Valley. Highlighting the win over Muhlenberg was an astonishing eight-goal day from Sens, a six-goal performance from McClellan and a hat trick by Jones. Senior Yi-Fei Zhao and Jonathan Mowry score two goals apiece, while Gavran, Jacobs-Alarcon and sophomore Caden Currykosky all tallied one goal each. Maravich and Stefanko combined for 12 saves.

The triumph over CV was sparked by four-goal efforts from Sens and Jones. Regule, McClellan, and junior Camden Wright each notched a hat trick. Gavran netted a pair of goals, and Jacobs-Alarcon and freshman Matt Woods also touched the back of the net with markers. The goalie duo of Maravich and Stefanko made 13 stops in the blowout.

Despite a combined 19 goals in the next two games by Melanson, the NA Girls fell to Wilson, 12-9, and dropped a 20-12 decision to Muhlenburg. Freshman Bella Spino scored NA’s other goal in the defeat to Muhlenberg. The Lady Tigers bounced back in the tournament finale with a 14-6 victory against host Cumberland Valley. Leading 9-6 after three quarters, the Tigers put the Eagles away by scoring five unanswered goals in the fourth quarter. Melanson again powered the offense with 11 goals and added a team-high six steals on defense. Jones chipped in with two goals and Dassanaike added a marker. Trunzo totaled eight saves to earn the victory.

The North Allegheny Boys improve to 8-0 on the season and the Lady Tigers sit at 6-2 on the campaign. The Tigers will visit McDowell on Tuesday for a head-to-head matchup with the Trojans.