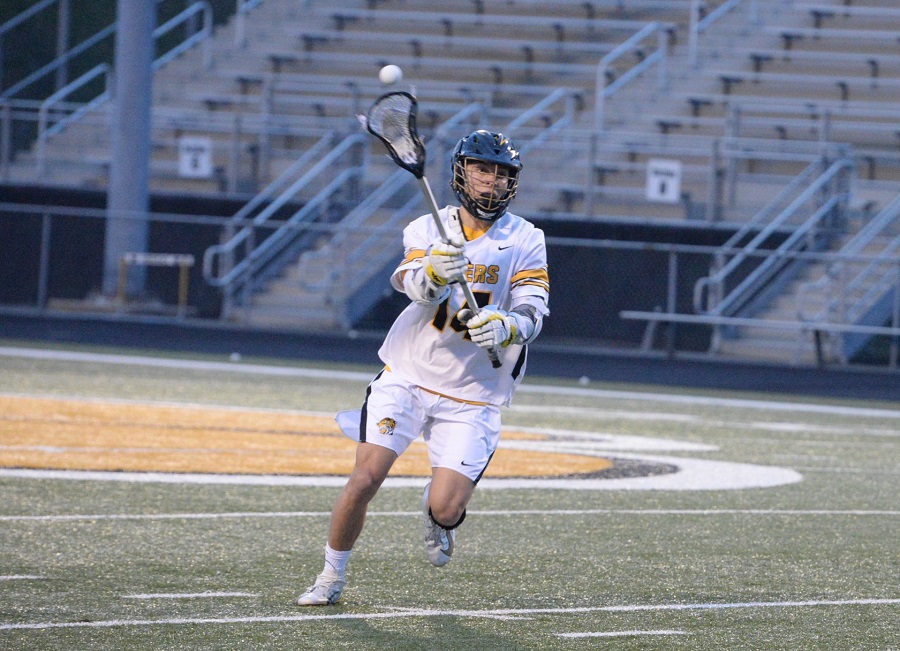 Growing up in a family of baseball players, lacrosse might not have been the obvious sport for North Allegheny senior Isaiah Davis. His older brothers, Noah and Nate, both played baseball at North Allegheny and a future on the diamond seemed like the logical choice for the youngest sibling. However, another family influence steered him toward lacrosse.

“My cousin played lacrosse all of his life and since I was young, I would pass with him,” said Davis. “I started playing lacrosse in fourth grade at NA.”

His cousin, Alex Charles, played lacrosse at Cocalico High School in the Lancaster-Lebanon League in District 3, graduating in 2012. Charles left an indelible mark on Davis and his future in the sport.

“In fourth grade, I participated in some camps and always loved the sport,” said Davis. “That spring I quit baseball, which was a big surprise to my family, and then went to lacrosse.”

By the time Davis reached high school, it was clear that he made the correct choice. As a freshman in the spring of 2017, Davis burst onto the scene for the defending WPIAL champion Tigers. One of NA’s top players on attack, he netted 23 goals with 15 assists in his rookie season.

The only active freshman on the varsity roster in 2017, Davis credits an upperclassman with helping him settle in.

“When I came in my freshman year, I was the only freshman on the team and that was intimidating. Dillon Dugan brought me under his wing and helped me a lot.”

Dugan is currently a junior at Chatham University where he earned honorable mention recognition from the Presidents’ Athletic Conference last season.

Davis was hoping to build on his strong freshman campaign but a broken hand derailed his sophomore season. Davis bounced back with a career year in 2019, leading NA to a Section 2-AAA title and the WPIAL semifinals. Davis finished with 62 goals and 15 assists, and his dazzling totals earned him All-Section and All-WPIAL recognition. Additionally, Davis was named fist-team All-Midwest at the MSCLA Tournament played in Ohio to conclude the 2019 regular season.

In November, Davis signed his letter of intent to play college lacrosse at Division I Bryant University in Smithfield, RI.

“It’s a great business school and that’s what I’m focusing in. I loved the coaches and the team there when I visited. I kind of fell in love with the campus.”

Off the field, Davis and the entire North Allegheny boys’ lacrosse team participate in the Toys for Tigers program which provides toys for families in the school district. Additionally, Davis is a captain for the TigerThon, an annual dance marathon that raises money for pediatric cancer.