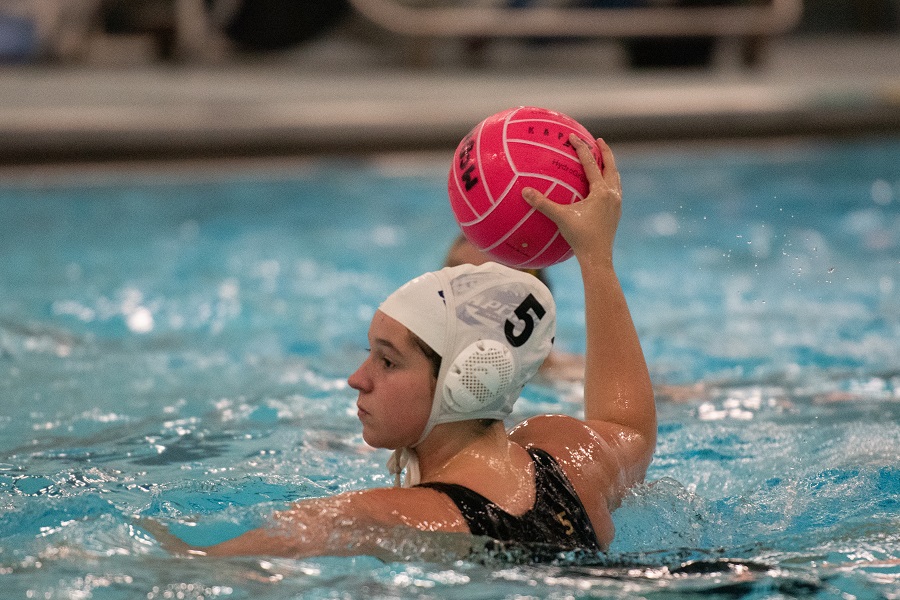 On the strength of a phenomenal senior season by Sarah Koehler, the 2019 North Allegheny girls’ water polo team posted its best finish and first winning record in five years. This past fall, the Lady Tigers concluded the year with a 12-11 record and a fifth-place showing in the state championships. It was the best finish for the girls’ team since the 2014 squad posted an 18-6-2 record and took fourth-place in the state.

The linchpin for the 2019 Lady Tigers was Koehler, who scored 68 goals and was named first-team all-state. What was even more remarkable is that Koehler did it while playing with a torn rotator cuff for most of the season.

“It meant a lot to me to be recognized in the top 10 in the state,” said Koehler about her all-state laurels. “It was a product of everything that I had been working toward.”

Koehler’s interest in the sport was piqued in middle school by watching her older brother, Nick, play water polo. Nick Koehler graduated in 2016 from North Allegheny and was a prolific goal scorer as well.

Sarah Koehler’s water polo career began in seventh grade and by the time she reached high school, she was primed and ready for her breakout freshman season. In 2016, Koehler took the state by storm and netted a career-high 78 goals. Koehler earned third-team all-state accolades and was named the top freshman in the state, taking home the Rookie of the Year award.

“The team around me that year was definitely part of the reason why I was able to get the Rookie of the Year award. They all taught me different things and helped in the transition to high school water polo.” 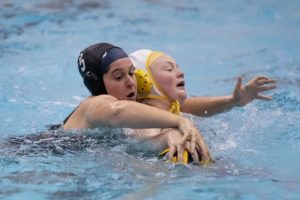 Koehler steals the ball away from an opponent at the 2019 NA Invitational.

There was no sophomore slump for Koehler in her 10th grade season as she produced 74 more goals. During her junior campaign in 2018, Koehler spent some time at goalie, making 37 saves and still produced 42 goals when on offense. For her career, Koehler totaled a staggering 262 goals.

One the most memorable games of her career was a thrilling 9-8 victory over McDowell at the Western Conference Championships in 2017. Koehler netted the game-winning marker which advanced the Tigers to the state championship tournament.

“At the end of the game, it was tied with less than 10 seconds left. My coach told me to shoot the ball. After the whistle…I just shot it and it went in. We won and we qualified for states.”

Similar to the athletes on the North Allegheny swimming and diving team, water polo players have to hit the pool early in the morning to find practice time.

“During the season we practice at least two times a week and we have to be on the pool deck by 5:15 a.m.

“In the first two weeks before the start of the season, we practice twice a day in the morning and it’s just swimming. The afternoon is when we get to the water polo part of practice which is the highlight of everyone’s day.”

The physical rigors of the sport are also demanding.

“It’s very hard when people are trying to push you under water and grabbing your suit. I’ve come out with lots of scratches and bruises. It’s definitely hard.”

Outside of the pool, Koehler is a member of the North Allegheny High School band where she plays the trombone. She is also a volunteer for a youth water polo program run by the Tiger Water Polo Club.

Koehler has not decided yet on what college she’d liked to attend. She wants to major in Actuarial Science or Mathematics.