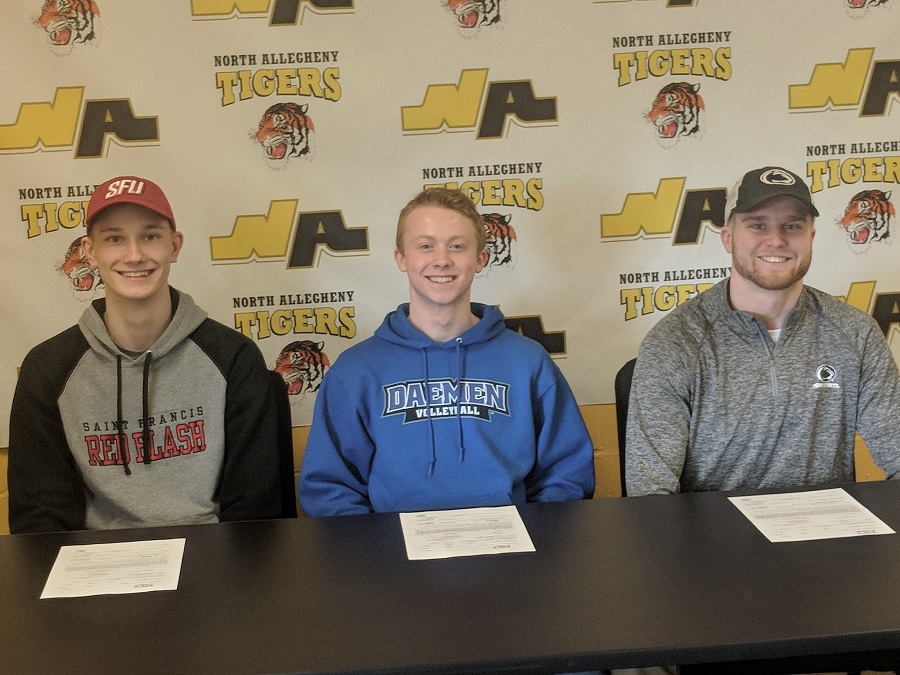 Three members of the North Allegheny boys’ volleyball team have made their college choices official. Setter A.J. Schmidt signed his letter of intent to play at Saint Francis University, defensive specialist Ryan Beck has tabbed Daemen College and outside hitter Canyon Tuman has signed on with Penn State University.

Schmidt split time at the setter position a season ago with co-WPIAL Player of the Year M.J. Barton who has since graduated. Schmidt tallied 524 assists last year and is the primary setter this season.

Beck has been a reliable defensive player for North Allegheny and currently ranks third on the team in digs with 56 entering the week. He will help build a foundation at Daemen College which will participate in its inaugural year for men’s volleyball next season.

With his powerful swings, Tuman led NA with 331 kills and 67 aces in 2017. Tuman also ranked third on the team in blocks with 64, on his way to first-team All-WPIAL and All-State honors.

Schmidt and Beck will both major in Physical Therapy at their respective universities. Tuman is undecided.