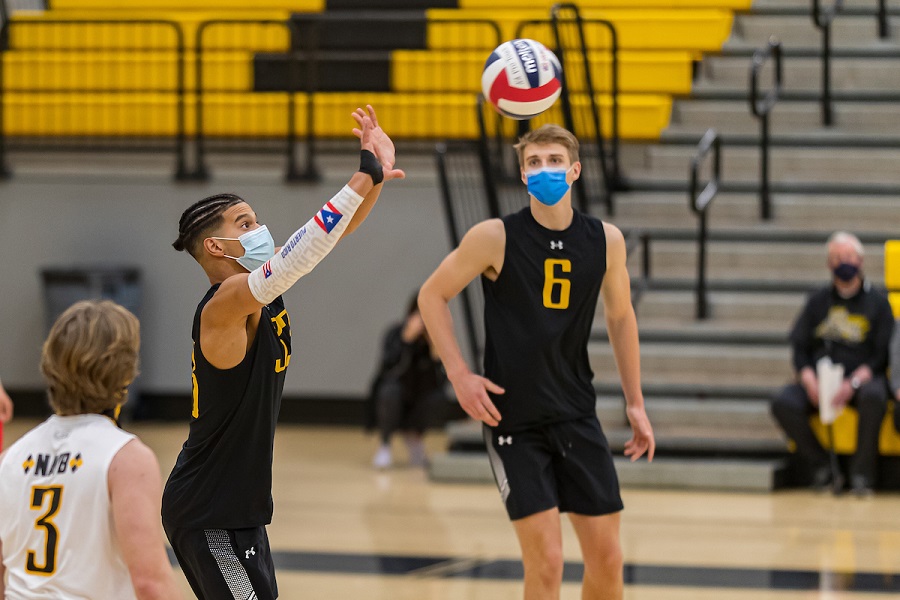 The North Allegheny Boys Volleyball team had no problems on Tuesday night, beating Pine-Richland 3-0 in a section match.

The Tigers jumped out to a 5-0 advantage in the first set before the Rams could find their bearings. Two kills from senior David Sanfillipo and two aces provided by Garrett Hrvoich gave NA the early lead.  The Tigers kept their distance in the first set, winning 25-14 off a Noah Brown kill.

Pine-Richland gave North Allegheny a run for their money in the second frame, as senior captain Josh Pugh registered three kills, including a play to bring the score to 16-13. Cole Dorn led the way for the Tigers in the second set, adding four kills and a tip. Freshman Jake Koch ended the set with a kill making the score 25-18.

NA found another 5-0 lead in the third set, with back-to-back kills from senior Michal Mosbacher, a Sanfillipo tip and a kill from senior Gavin Owens. The Tigers kept a consistent lead throughout the frame.  The 25-11 set ended on an ace from Dorn.

Mosbacher led the way with eight kills and an ace. Dorn also added seven kills and an ace, good enough to earn Wright Automotive Player of the Game honors for the impressive performance in the second set. Hrvoich had four kills and two aces as well.

The Tigers improve to 6-0 both overall and in section play. NA next takes on North Hills Thursday at 7:00 p.m. You can hear that game on the North Allegheny Sports Network.