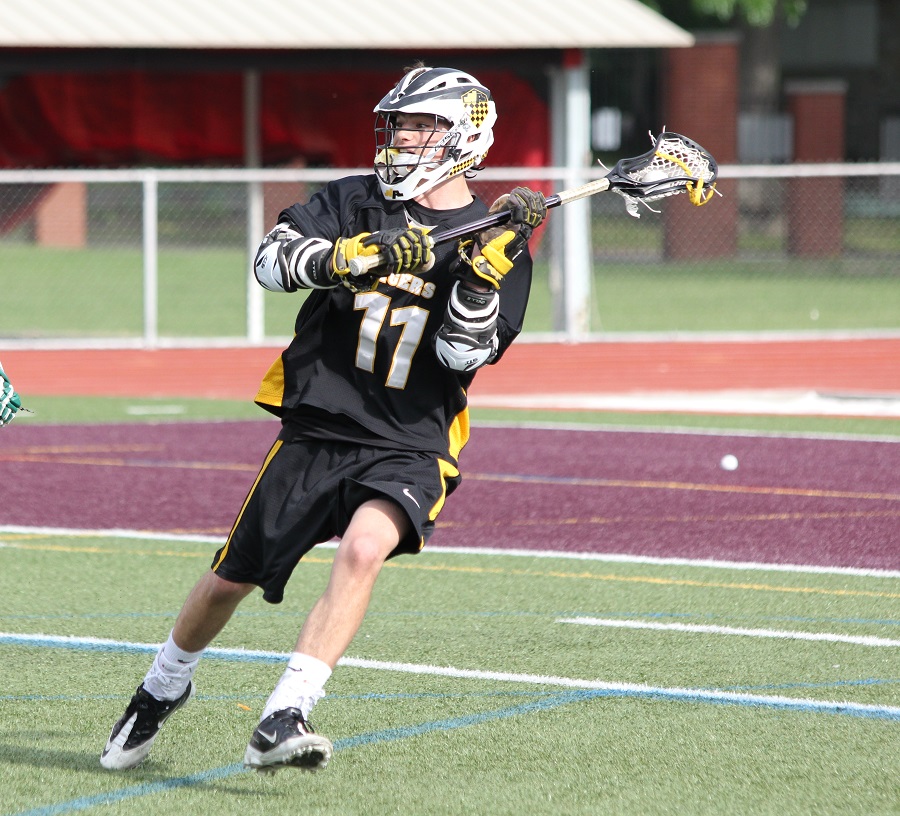 North Allegheny unleashed a barrage of first half goals en route to a 15-2 section win at Butler on Thursday night. The Tigers scored six first quarter goals, three more in the second quarter, and cruised to victory in the second half.

Nine different Tigers scored in the game and two posted hat tricks. Senior Stephen Kelleher had accomplished his hat trick with still 8:05 remaining in the first half. Junior Zach Smith put the finishing touches on the win with two of his three goals coming in the second half. Other goal scorers included Ted Egnaczyk, Zech Nachazel, Nick Koebley, Kyle Rullan, Gaven Hagen, Matt Robinson and Will Petraglia in a one-sided affair on the road. Senior goalie John Abbondanza made eight saves for the Tigers. NA outshot Butler, 44-14.

North Allegheny evens its overall record at 1-1 and sits at 1-0 in Division 1, Section 2.  Butler drops to 0-2 overall and 0-1 in section play. The Tigers hope to continue their momentum on Wednesday night for a home contest against the Fox Chapel Foxes.  The game will be broadcast live via the internet on the North Allegheny Sports Network.  Face off is slated for 7:30 pm.