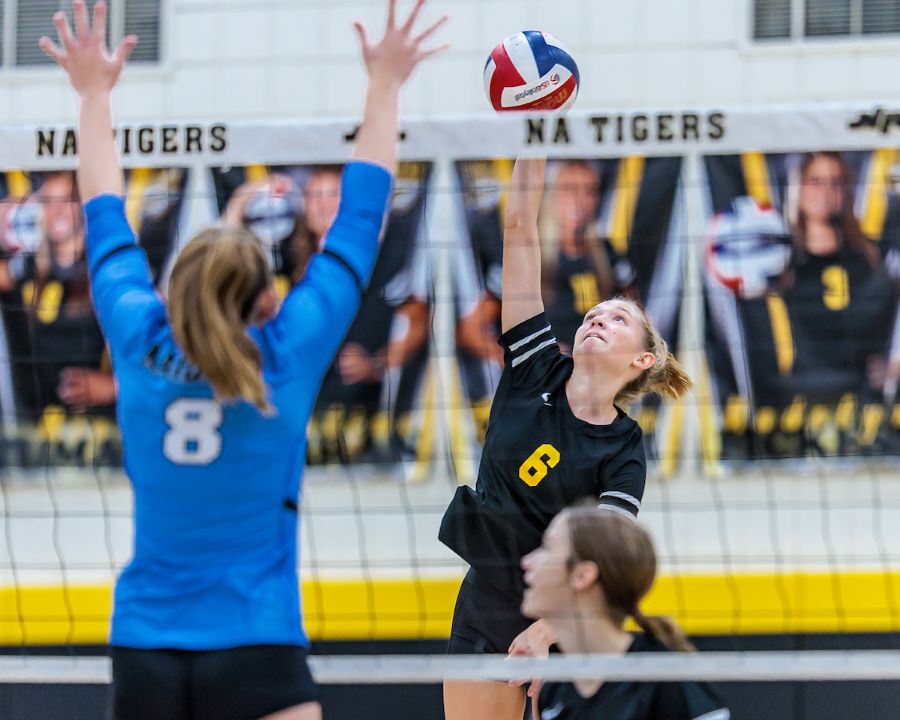 The North Allegheny girls’ volleyball team capped a perfect regular season with a 3-0 sweep at rival Seneca Valley on Tuesday night in Section 1-AAAA action. The Tigers collected the victory by set scores of 25-16, 25-15 and 25-20.

The NA attack was led by senior Carissa Treser with a team-high 11 kills. Junior Jamie Frisco punished the Raiders with four kills, while Rylee Gadomski, Ella Deeter and Mia Tuman each totaled three kills. In addition to her 11 kills, Treser also paced the team in blocks with four. Senior libero Caroline Curran led the defense with 11 digs, followed by senior Rebecca Pilotta and Deeter with seven and five digs, respectively. Tuman tallied a team-best five aces and 23 assists.

With the win, North Allegheny ends the regular season with a 16-0 overall record and 8-0 section mark. Seneca Valley slips to 4-4 in the section and finishes in third place in the section. The Tigers will host the North Allegheny Invitational on Saturday for one final tune-up before the WPIAL playoffs.