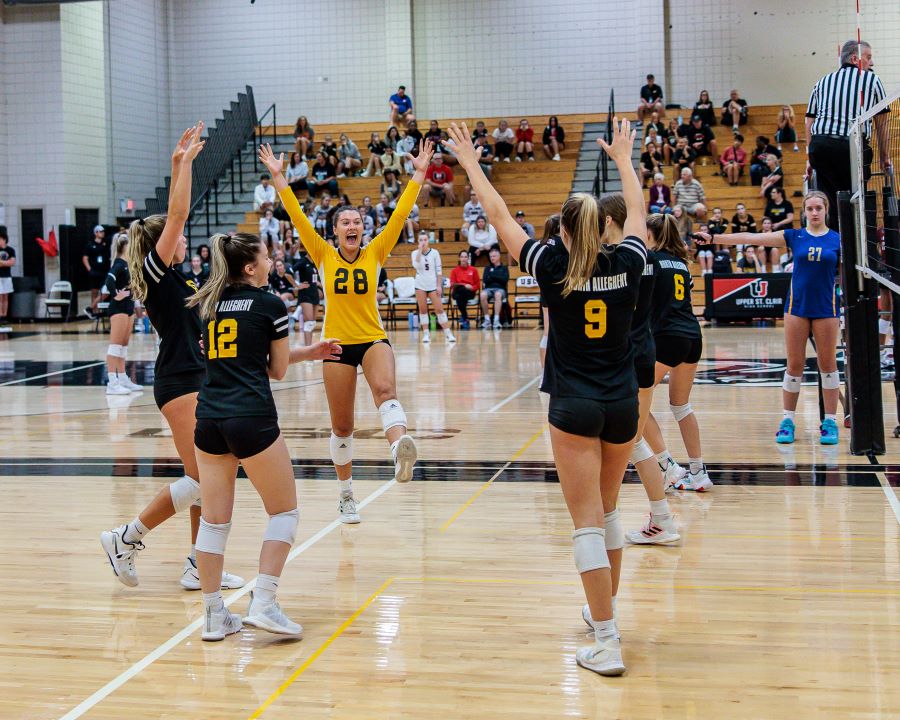 The North Allegheny girls’ volleyball team played in its first tournament of the season and came away as champions of the Upper St. Clair Tournament on Saturday.

The Tigers opened the 12-team tournament by going 5-1 in pool play before defeating Morgantown in the quarterfinals, 25-19. North Allegheny then defeated North Catholic, 25-22, in the semifinals before beating Canon-McMillan in the title tilt, 25-16.

After a 3-0 start to the season, the Tigers open section play this week with a tough road match against Pine-Richland.