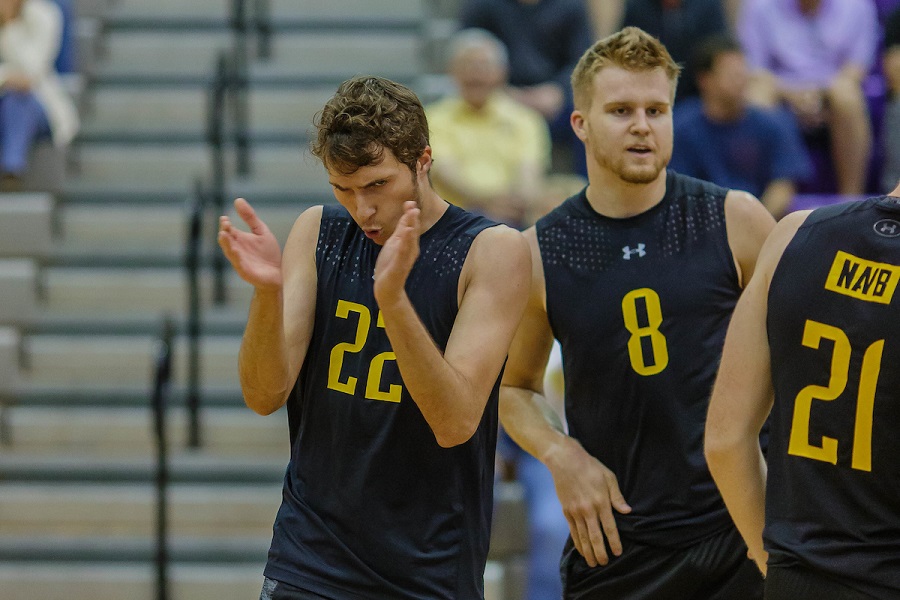 Tied 10-10 in the opening set, North Allegheny pulled away for a 25-16 win thanks in large part to the powerful swings of junior Canyon Tuman who pounded out six kills on his way to a team-high 18 kills for the afternoon.

It looked like the Tigers might cruise in set two after NA built a 16-8 lead over a seemingly frustrated Bethel Park squad. Making their fifth consecutive appearance in the state playoffs, the Black Hawks refused to back down and tied the game at 23-23. Sophomore Max Cooley and senior Connor Savrese supplied strong play in the middle to lead the Black Hawks back into the game. With Bethel Park leading 27-26, the resilient Tigers scored the next three points on a kill by Jason Stiefvater and back-to-back blocks by M.J. Barton to pull out a 29-27 victory. Luke and Eric Visgitis also played a pivotal role in NA’s win in set two, providing several timely kills and blocks. Luke Visgitis totaled seven kills and three blocks, while Eric notched nine kills and a team-best six blocks on the day. For his efforts, Eric Visgitis was named the Wright Automotive Player of the Game.

The set two win took the wind from underneath the wings of the Black Hawks and North Allegheny convincingly won set three, 25-18. Contributing to the Tigers win was libero Danny Lebovitz who finished with a team-leading 14 digs. Barton and A.J. Schmidt dished out 32 and 11 assists, respectively.

North Allegheny improves to 21-0 on the season and advances to the PIAA semifinals against District 3 runner-up Central Dauphin on Tuesday night at a site and time to be determined. The match will be broadcast live via the internet on the North Allegheny Sports Network.