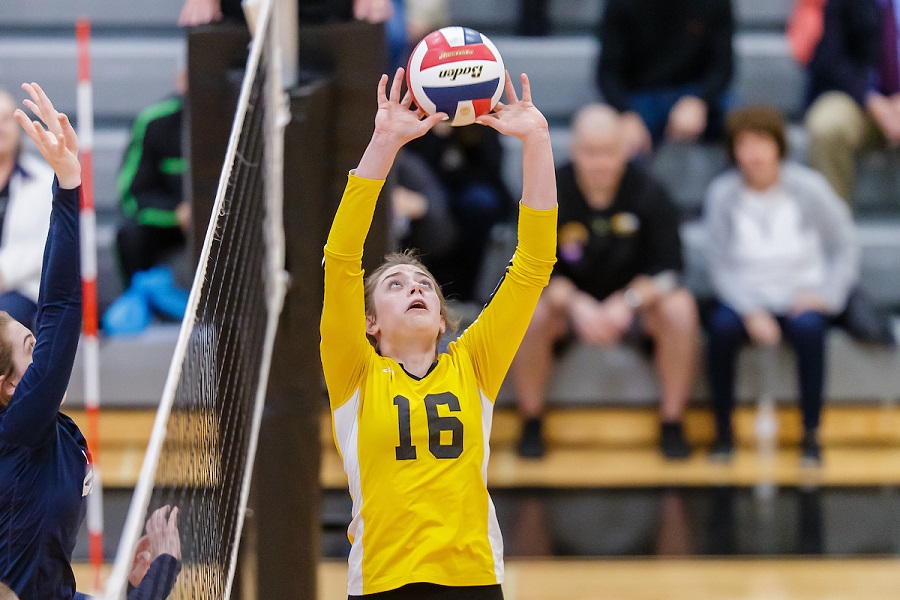 The North Allegheny girls’ volleyball team dispatched the McDowell Trojans on Tuesday night in the opening round of the PIAA Class AAAA tournament. The Tigers rolled the District 10 champions by set scores of 25-9, 25-12 and 25-17.

The last time North Allegheny and McDowell faced each other was in the PIAA first round in 2012. The Tigers won that contest by a 3-1 decision and Tuesday night’s meeting between the two schools had similar results.

A mirror image of the first set in the WPIAL championship game against Baldwin, North Allegheny breezed in set one with a 25-9 win over McDowell. Sophomore Paige Miller asserted her dominance in the early going with five kills, on her way to a 13-kill performance. For her efforts, Paige Miller was named the Wright Automotive Player of the Game.

The Tigers closed out the sweep with a 25-17 triumph in set three. Most of the roster saw time on the floor in the final set, including freshman Rachel Burton who tallied the final point of the night with a kill.

North Allegheny improves to 20-0 on the season and extends its winning streak to 44 in a row. The Lady Tigers will face off against the State College Little Lions on Saturday in the PIAA quarterfinals. State College is the champion from District 6 and also boasts a 20-0 overall record. The match will be broadcast live via the internet on the North Allegheny Sports Network.