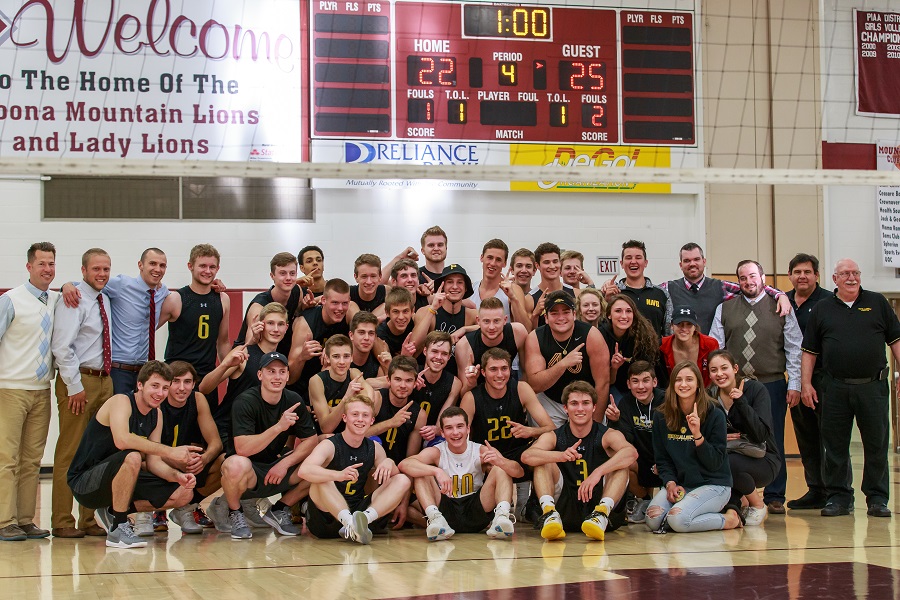 Appearing in the state’s final four for the seventh time in the last 11 seasons, the North Allegheny Tigers punched their ticket to the PIAA championship match with a 3-1 triumph over Central Dauphin on Tuesday night. The Tigers not only overcame the District 3 runners-up but also a bus breakdown on the way to Altoona High School. The NA volleyballers persevered against all foes, man and mechanical alike, to advance to the PIAA championship for a record 15th time.

Winners of one state crown in 2009, Central Dauphin was vying for another trip to the PIAA championship and had North Allegheny on the ropes in the first set with a 24-21 lead. Following a timeout by head coach Dan Schall, the Tigers rolled off five unanswered points to win the set. Jake Barber started the 5-0 run with a kill, followed by a well-placed tip by Canyon Tuman to cut the score to 24-23. Tuman and Eric Visgitis combined for a block assist to tie the set at 24-24. Following an error by Central Dauphin, junior Jason Stiefvater capped off the sensational finish with a kill to give NA a 26-24 victory.

Flowers’ southpaw swing helped the Rams take a 22-20 lead in the fourth game as CD threatened to force a fifth and decisive set. However, as they did in the first two sets, the Tigers responded with more late-game magic and scored the next five straight points for a 25-22 victory to clinch the match and secure a berth in the state championship on Saturday. Senior Luke Visgitis delivered several key blocks in the final set to lift NA to victory. On the night, Luke Visgitis posted 10 kills and a team-high five blocks on his way to Wright Automotive Player of the Game honors.

North Allegheny improves to 22-0 overall and will face the champions from District 3, Central York, in the PIAA title match on Saturday at Penn State University at 1:00 p.m. The title contest will be broadcast live via the internet on the North Allegheny Sports Network.