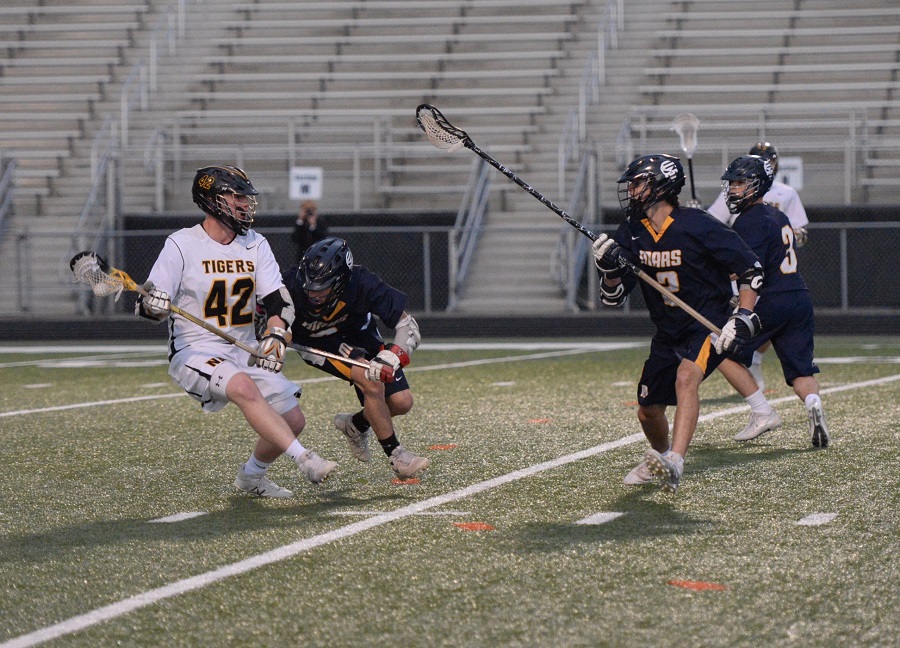 Completing a non-section game that was suspended a night earlier, the North Allegheny boys’ lacrosse team dropped a 12-10 decision to the Mars Planets on Friday night. Wes Powell’s third goal of the night gave North Allegheny a 10-7 lead with 3:30 remaining in the third quarter. However, the Planets scored five unanswered goals, including four in the final stanza, to capture their 12th win of the season.

In a battle between two defending WPIAL champions, North Allegheny built a 7-6 lead over the reigning Division II champs before the contest was suspended due to weather on Thursday night. When the game resumed on Friday, the Tigers picked up where they left off and scored three of the next four goals for a 10-7 advantage. Along with Powell’s hat trick, Gavin Hagen and Matt Osten netted two goals apiece. Ben Maenza, Alec Vissotski, and Trevor Saundry also scored goals for the Tigers.

On defense, Greg Ferringer and Jack Kairys each totaled a team-best five forced errors. Vissotski gobbled up 10 ground balls and won 17 of 22 faceoffs. Kairys also scooped up six ground balls. Despite the Tigers three-goal lead, offensive turnovers and untimely penalties hampered NA down the stretch and the Mars capitalized for the comeback win.

North Allegheny falls to 8-3 overall following the loss. Mars improves to 12-1 on the season. The Tigers will return to section action on Tuesday with a visit to Seneca Valley at 7:30 p.m.