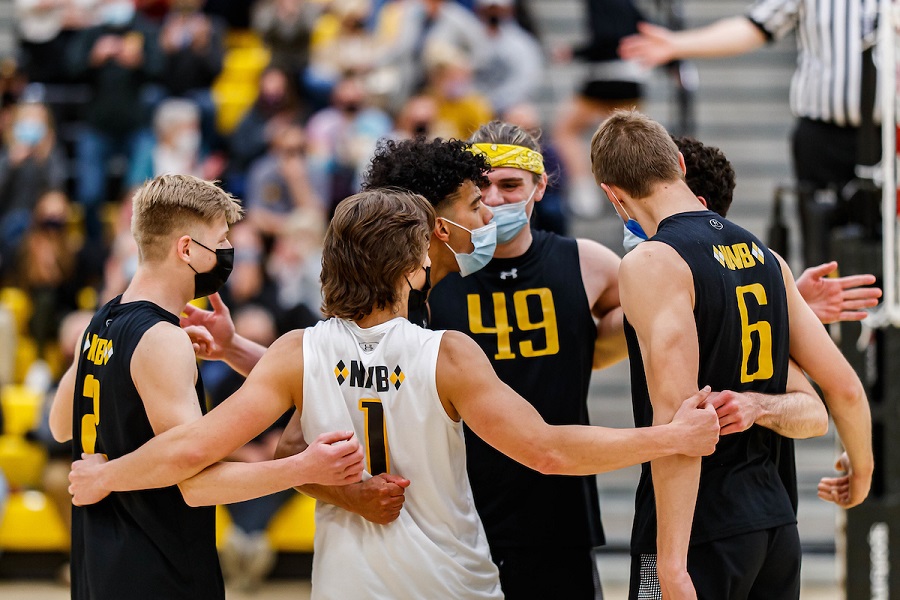 North Allegheny’s trek toward a fourth straight WPIAL title began on Tuesday night with a 3-0 sweep of the Norwin Knights in the WPIAL quarterfinals. The Tigers earned the home win by set scores of 25-22, 25-14 and 25-18. It’s the 59th consecutive victory for the top-ranked team in the state.

Tuesday night’s duel with the Knights was the first playoff meeting between the two teams since North Allegheny defeated Norwin in the 2014 WPIAL championship, 3-0.

In the first set, the eighth-seeded Knights hung tough with the Tigers and tied the game at 19-19 on an ace from Jackson Genicola. As was the case for much of the night, North Allegheny answered back with a kill by senior Garrett Hrvoich to regain momentum. Hrvoich tallied five kills in the set and finished with 10 kills on the night, earning Wright Automotive Player of the Match honors.

With the help of Hrvoich, the Tigers ended the set by taking six of the next nine points for a 25-22 win. Another catalyst for NA was senior Michael Mosbacher, who posted five kills and three aces in the opening set. The Saint Francis University (PA) commit also finished the night with 10 kills and added five aces and three blocks.

The Tigers got off to a quick start in the second set, rolling to a 6-0 lead and 12-4 advantage. Senior Timmy Ditka posted three kills in the early stages of the set and junior Cole Dorn came on strong with five kills to help NA capture a 25-14 win. Dorn ended with seven kills on the night.

Norwin grabbed an early 3-1 lead in set three but a 6-0 run by North Allegheny put the Tigers ahead to stay en route to a 25-18 win to clinch the sweep. Junior Caleb Schall doled out 28 assists to keep the NA offense humming. The offense hit .451 for the match, continuing its highly-efficient attack.

The win improves North Allegheny’s record to 13-0 overall. The Tigers will take on fourth-seeded Hempfield on Tuesday night in the WPIAL semifinals at a site and time to be determined. The match will be broadcast live via the internet on the North Allegheny Sports Network.