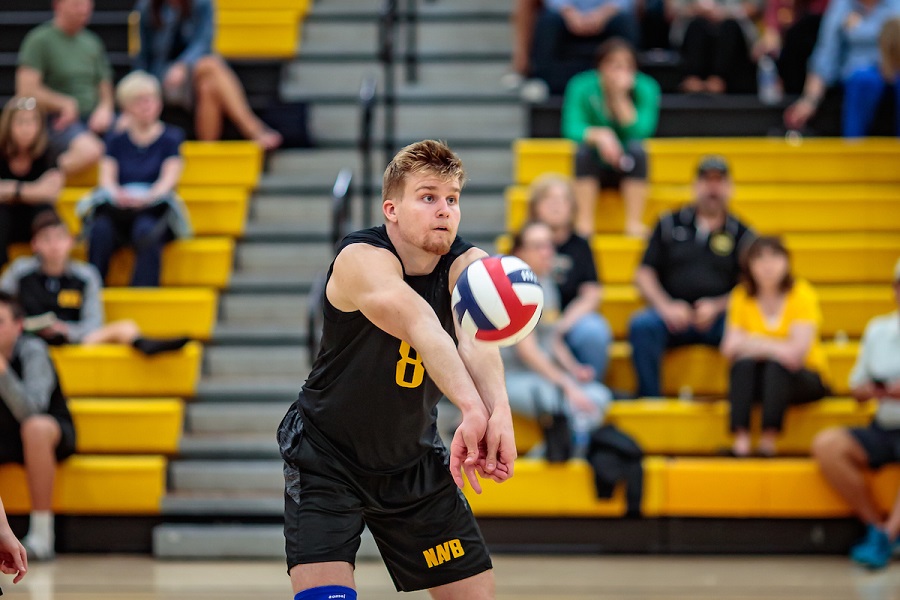 NA Digs Deep For PIAA First Round Win Over Hempfield, 3-2

Facing off against the reigning PIAA champion Hempfield Black Knights, the North Allegheny Tigers continued their own quest for state gold with a hard-fought 3-2 win on Tuesday night. The Tigers’ opening round triumph in the PIAA playoffs did not come easy against the fifth-place finisher out of District 3. The Black Knights had suffered through an injury-riddled campaign in 2017 but the recent return of two starters led to an intriguing first round matchup versus the Tigers.

In the first set, Hempfield proved its worth as the defending state champions and broke open a tight game to take a 22-16 lead. Senior Logan Smiley powered the Black Knights with five kills and Matt Sheerin added four kills in a 25-21 win.

Dueling in another tightly contested set and tied 18-18, North Allegheny began to heat up and pulled away late for a 25-21 victory in set two. Senior Luke Visgitis and junior Canyon Tuman pounded out four kills apiece to lead the Tigers in the set.

Luke and Eric Visgitis doled out five kills apiece in a 25-16 win in set three that was firmly controlled by North Allegheny. However, Smiley reemerged with four kills in the fourth set to spur on the Black Knights to a narrow 25-23 win and forced a fifth and decisive set.

In the final set, the score was tied 6-6 before the Tigers rattled off 9 of the next 11 points to advance to the PIAA quarterfinals on Saturday. Tuman delivered four crucial kills down the stretch and totaled a game-high 20 kills on the night. For his efforts, Tuman was named the Wright Automotive Player of the Game.

With the win, North Allegheny improves to 20-0 on the season and will take on the Bethel Park Black Hawks in the PIAA quarterfinals on Saturday. The match will be broadcast live via the internet on the North Allegheny Sports Network.