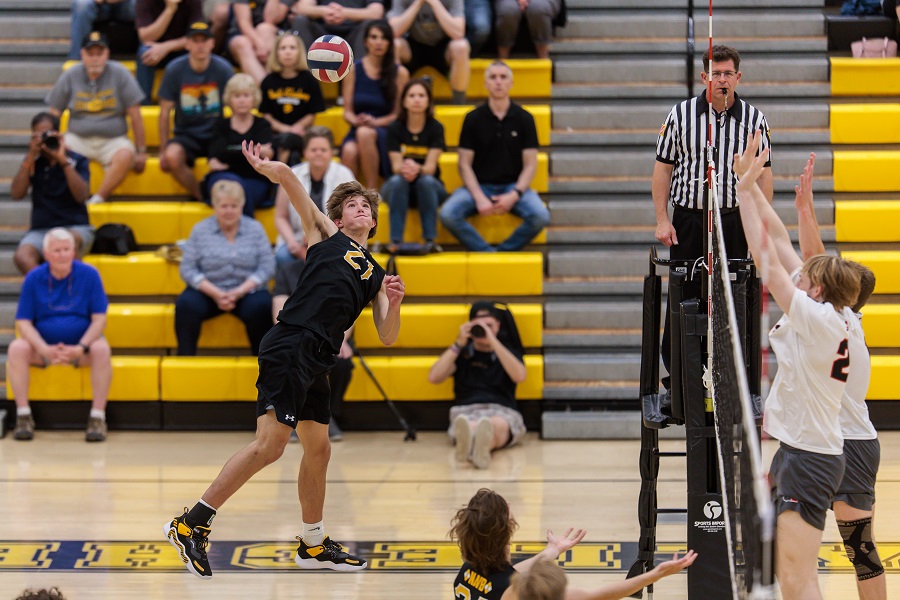 The four-time reigning WPIAL champion North Allegheny Tigers opened the Class AAA playoffs on Thursday night with a 3-0 sweep over the Upper St. Clair Panthers. The Tigers won by set scores of 25-13, 25-16 and 25-12.

Facing the co-section champions out of Section 1-AAA, second-seeded North Allegheny asserted its dominance early in the contest over seventh-seeded USC and gained control with a well-balanced effort. Senior Cole Dorn led the charge for the Tigers with four kills in the opening set and finished with a team-high 14 kills on the night, earning him Wright Automotive Player of the Game honors.

Another major problem for the visiting Panthers was the powerful swing and big blocks in the middle by senior Jack Birch. Birch tallied eight kills for the match and four in the opening set to help the Tigers prevail, 25-13. Senior Ben Huet was also important to NA’s efforts to clog in the middle of the net against the Panthers and totaled a team-best five blocks.

Dorn proved to be a consistent source of offense and the driving force for a 25-16 and 25-12 final in sets two and three to secure the sweep. Along with Dorn, junior Jax Wilhite cranked out six kills and junior Nico Sfeir chipped in with five kills.

With the win, North Allegheny improves to 12-1 overall and advances to the WPIAL semifinals to take on the Penn-Trafford Warriors on Monday. The match will be broadcast live by the North Allegheny Sports Network.