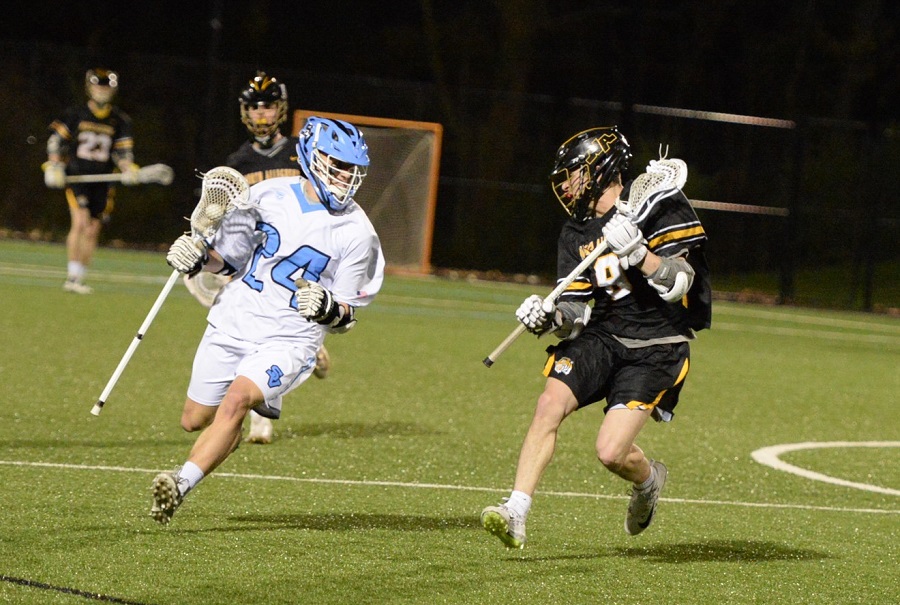 The North Allegheny boys’ lacrosse team earned an important section win with a 12-5 triumph over the Seneca Valley Raiders on Tuesday night at NexTier Stadium. The Tigers dominated from start to finish with a strong defensive effort. North Allegheny blanked Seneca Valley in the first half and held a 6-0 lead at intermission.

The Tigers scored early and often with first quarter goals coming from Kyler Byerly, Ben Maenza and Isaiah Davis. Davis, who netted a hat trick on the night, scored again early in the second quarter, followed by Matt Osten and Nick Eck for a six-goal lead.

Seneca Valley senior Cole Skinner did his best to keep Seneca Valley in the game with three second-half goals, but his efforts were too little, too late. North Allegheny coasted in the second half with two more goals from Osten, who notched a hat trick, as well was markers from Maenza, Davis, Eck and Mike Egnaczyk.

North Allegheny remains undefeated in Section 2-AAA with a 4-0 mark and sits at 8-1 overall. Seneca Valley slips to 5-5 overall and 3-2 in section play. The Tigers return to section action on Friday with a visit to Allderdice at 3:30 p.m.