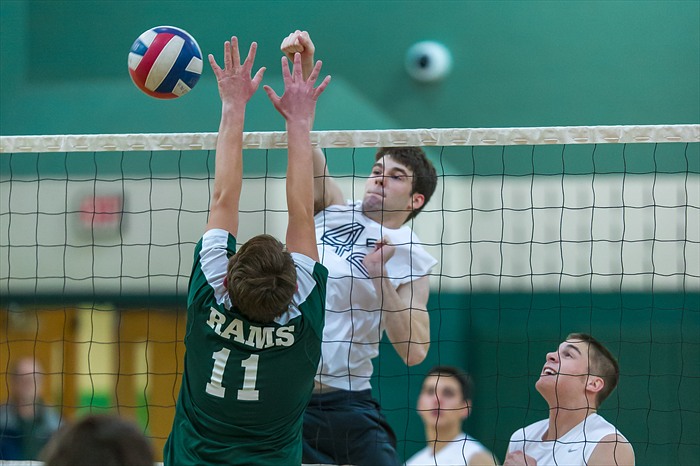 North Allegheny ran its winning streak to four straight on Thursday night with a 3-0 sweep of the Shaler Titans.  The Section 2-AAA victory vaults the Tigers to 4-2 overall and 3-2 in section action.  North Allegheny earned the win with section scores of 25-22, 25-12 and 29-27.

Senior Robert Stiefvater had a strong night for the black and gold with a team-best 13 kills and tied for the team lead in block assists with 10.  Senior Alex Treser posted 10 block assists and added six kills.  Nikola Topich contributed with 12 kills and six digs defensively. Setter Jeremy Best was the team leader in digs on the night with 10 and dished out a team-best 40 assists. Best and David Henderson each posted three aces.

North Allegheny continues its climb up the standings with the win and host North Hills on Tuesday night.  Shaler falls to 2-3 overall and 1-3 in section play.