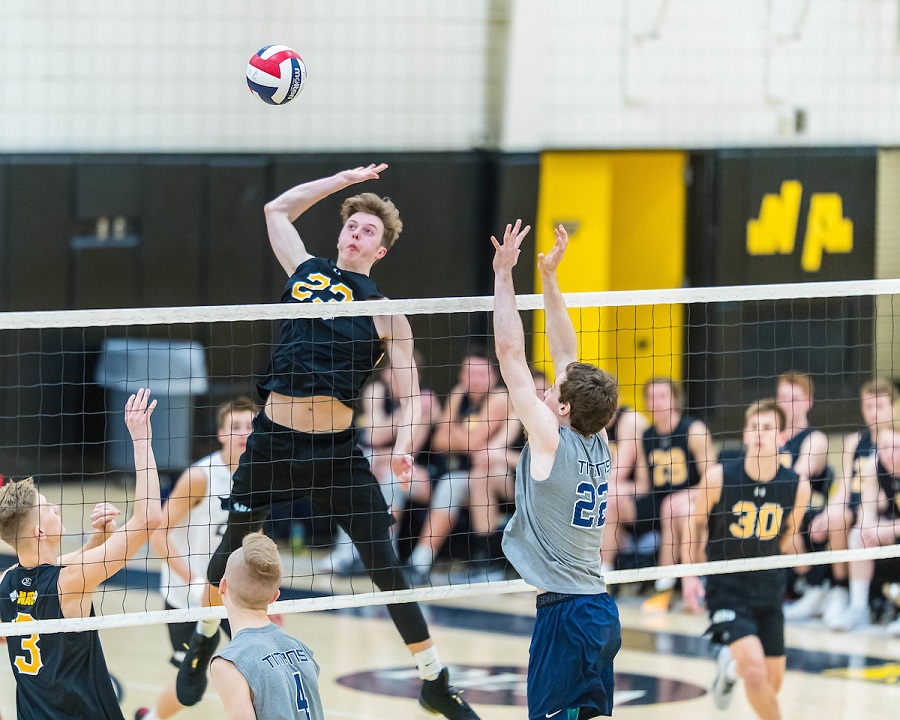 It was home, sweet home for North Allegheny Tuesday night as the Tigers took down the Seneca Valley Raiders 3-0 to earn their second section win of the young season.

NA earned the victories in the first two sets off of back-and-forth play with the Raiders.

In set one, Seneca Valley climbed into a 7-5 advantage before the hot hand of senior Jeremiah Zemet took over. Zemet and Drew Hunker combined for nine kills in the set as the Tigers rolled to a 25-17 win.

Set two was a much harder battle for North Allegheny. Down 4-0 to start the set, junior Ben Mendes secured a kill and sparked the offense once again. The two teams would trade blows back and forth the rest of the set, with the lead getting no bigger than two the rest of the frame. Hunker’s kill at the end of the set sealed a 2-0 match lead, 25-23. Mendes and Hunker had three kills each, while senior Alex Zubrow finished the set with two kills, a tip and an ace.

Set three was all Tigers, led by the front-line duo of Zemet and senior Grant Jones. The pair registered five blocks, with Zemet earning two additional kills. Zubrow added a kill and an ace in the 25-18 clinching win.

Zemet took home Wright Automotive Player of the Game honors as the Tigers improved to 2-0 in section play.  Next, NA prepares for the Derry Invitational this Saturday.

The Raiders fell to 0-1 in section action, and have a quick turnaround with a match against Shaler at home Thursday.

The two teams will meet again later in the season at Seneca Valley High School on April 17.