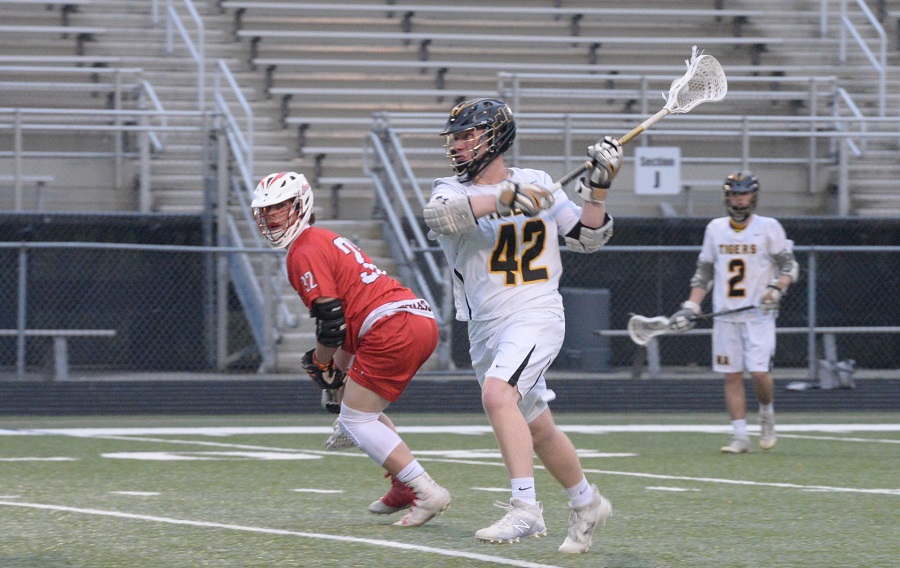 On defense, Kairys totaled a team-best five forced errors and led the Tigers with seven ground balls. In net, senior goalie Ean Kuska made seven saves for the win.

Also on Thursday, the WPIAL released the Class AAA boys’ lacrosse bracket and North Allegheny received the No. 1 seed and a first round bye. The Tigers will host a quarterfinal round game on Thursday, May 18 against either Mt. Lebanon or Butler who play each other in the first round on Tuesday night. For a look at the WPIAL Class AAA bracket, click here.

With the win over Peters Township, North Allegheny improves to 13-3 overall, while Peters Township falls to 10-6 on the season. The Tigers will take part in the MSCL Tournament this weekend before the WPIAL playoffs next week.