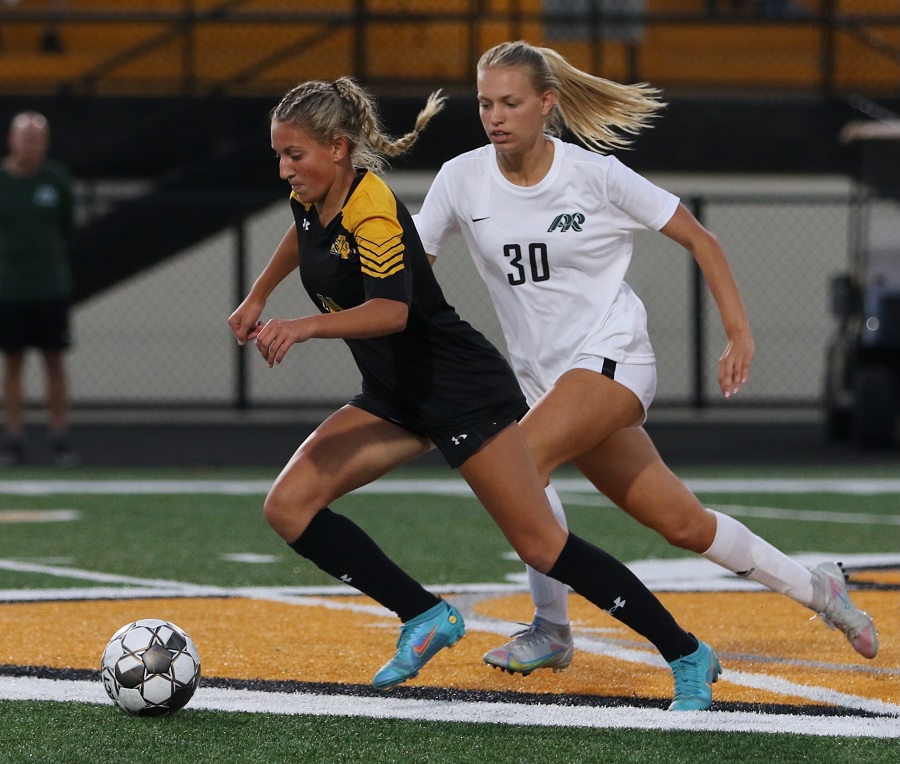 The teams were evenly matched in the opening minutes, but it didn’t take long for the Tiger offense to step up. NA opened the scoring with about 18 minutes left in the first half off the foot of junior Sam Braden, who sent the ball towards the opposite post and found the back of the net. Senior Anna Bundy added a late first half goal for a 2-0 lead after causing a turnover and launching the ball past the PR goalkeeper off a turning shot.

The Wells’ family dominated second half play for the Tigers, as senior Lucia Wells tallied the next two goals off lead passes while faking out the Pine-Richland defense. Sophomore Aubrey Wells topped off the scoring with less than nine minutes remaining in the contest to finish off a 5-0 win.

Lucia Wells earned Wright Automotive Player of the Game honors for her multi-goal performance. She leads the team with six goals to start the season.

The Tigers improve to 4-0 on the year and will be back in action at home next Wednesday against Butler. Pine-Richland falls to 0-1 to start the season and will play Fox Chapel next Wednesday at home.