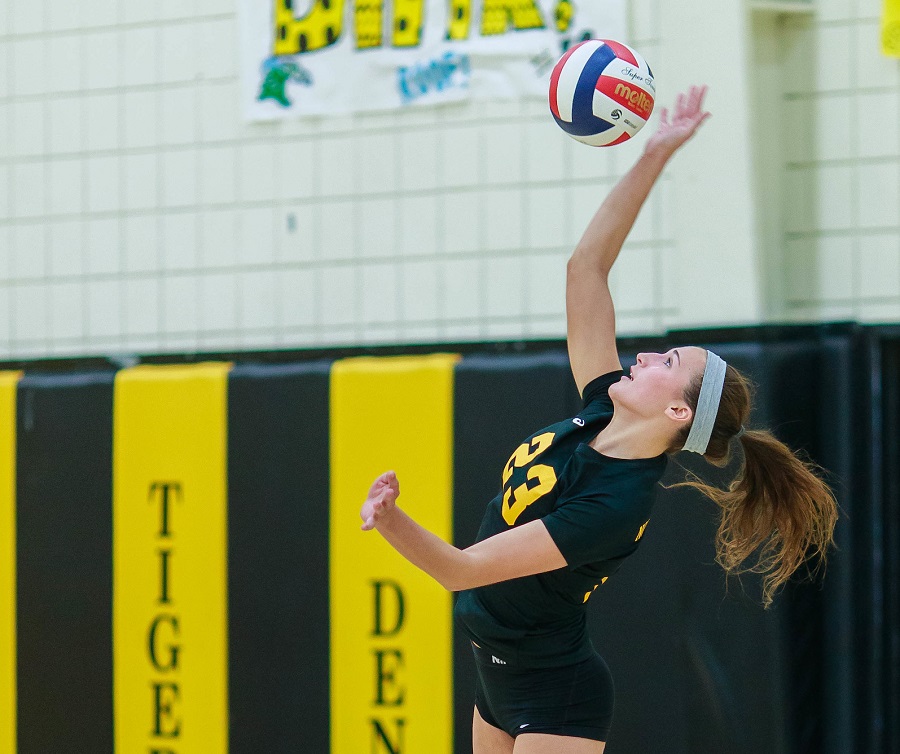 North Allegheny dominated the action with a crisp performance, earning the win by set scores of 25-11, 25-11 and 25-13. The Golden Tornado were helpless against the big swings from middle hitter Anna Sprys, who belted out a team-high 16 kills and posted four blocks. For her efforts, Sprys was named the Wright Automotive Player of the Match.

Along with Sprys, nine other players all tallied kills, including Paige Morningstar with seven kills and Hannah Phillips with five. Morningstar also added four blocks and 11 digs in a strong all-around performance.

The serves of senior Allena Carmody and junior Abby Miller kept the Golden Tornado on their heels with four aces each. The duo of Carmody and Miller was strong defensively as well, totaling 16 and 14 digs, respectively. Morningstar and senior Kristen Chomos chipped in with 11 digs apiece.

Following the win, North Allegheny vaults to 13-0 overall and 9-0 in Section 1-AAAA. Butler dips to 5-5 in section play. The Lady Tigers have another home match on Thursday night against the Fox Chapel Foxes.