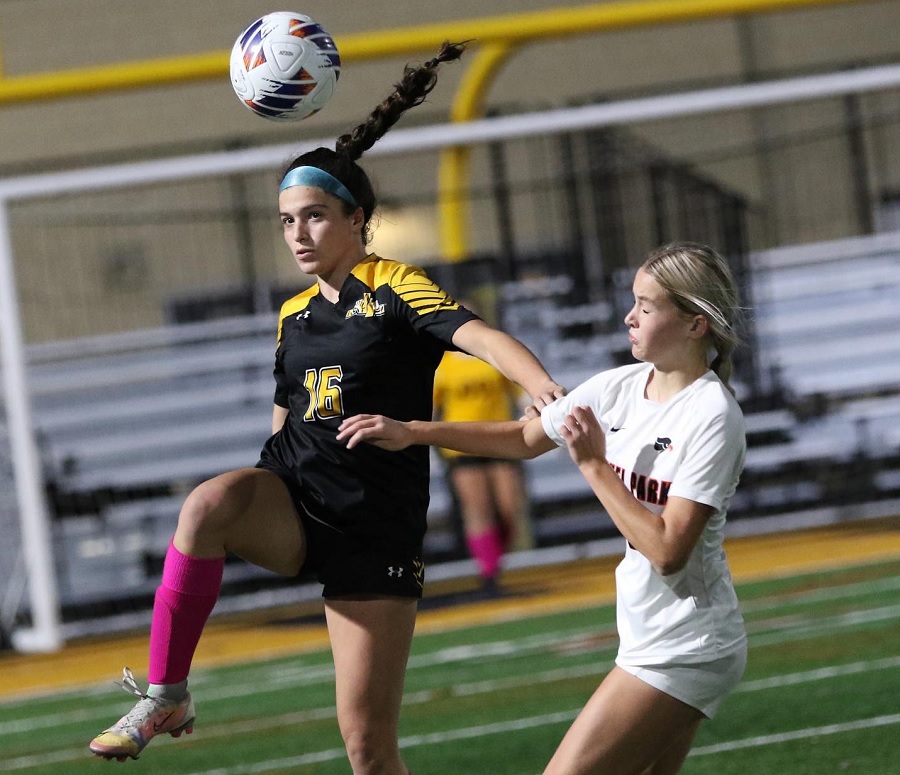 Top-seeded North Allegheny Girls Soccer earned a 2-1 win over No. 8 Bethel Park on Thursday night at Newman Stadium in the quarterfinal round of the WPIAL Playoffs.

The Tigers dictated the pace throughout the first half, keeping possession almost exclusively in the NA offensive zone. After plenty of chances, senior Lucia Wells took a feed from fellow senior Anna Bundy and chipped it past the Bethel Park goalkeeper with 17 minutes left in the half for a 1-0 lead.

North Allegheny took command early in the second half, but Bethel Park made necessary adjustments during the intermission to crack the NA defensive code. Freshman Callee Dalbon took advantage of a Tiger turnover and found the back of the net with 32 minutes to go, knotting the score at 1-1.

It didn’t take long for NA to respond, as the squad brought the ball back into the offensive zone, spurring a corner kick opportunity. Junior Jadyn Coy gathered possession off a rebound and took a diagonal shot towards the net that was initially saved. The rebound came lose, and senior Allie Burns buried the ball in the back of the net right on the right corner of the goal. The goal gave NA a 2-1 lead and came less than a minute after the Bethel marker.

North Allegheny kept control for the rest of the contest and ended the game with 16 shots on net.  Junior goalkeeper Natalie Rak made three saves in the win.

Burns was named the Wright Automotive Player of the Game for her game-winning goal.

NA is back in action on Monday in the WPIAL 4A semifinals in a rubber match with the Seneca Valley Raiders. Game time and location is to be determined. The game will be broadcast live on the North Allegheny Sports Network.