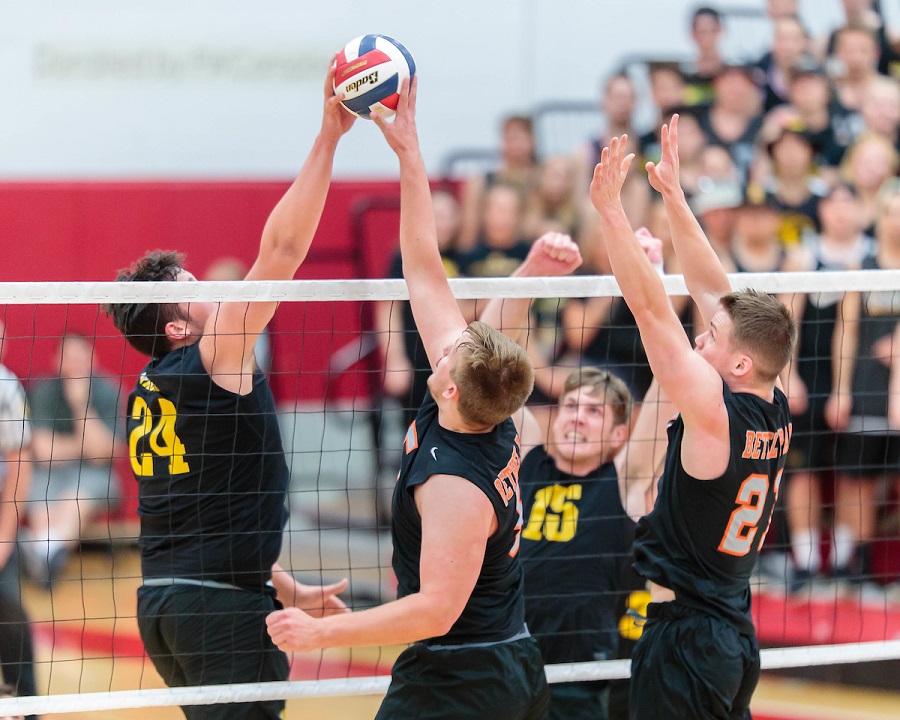 Tigers Win Joust With Black Knights In PIAA First Round, 3-1

In a rematch of last year’s PIAA Class AAA championship, the North Allegheny boys’ volleyball team earned a 3-1 victory over Landisville Hempfield in the opening round of the state playoffs on Monday afternoon. It’s the third straight year NA has defeated the Black Knights in the PIAA playoffs and fourth time in the last six seasons. The Tigers earned the win by set scores of 25-15, 16-25, 25-18 and 25-23.

Contributing to the well-balanced attack was senior Grant Jones, who earned Wright Automotive Player of the Game honors.

With a 25-dig performance, senior libero Trevor Treser now holds the program’s single-season digs record with 443 on the year, breaking the previous mark of 420 formerly held by Danny Lebovitz.

North Allegheny improves to 20-0 on the season following the win. The Tigers will take on section rival Shaler in the PIAA quarterfinals on Saturday at a site and time to be determined. The match will be broadcast live via the internet on the North Allegheny Sports Network.