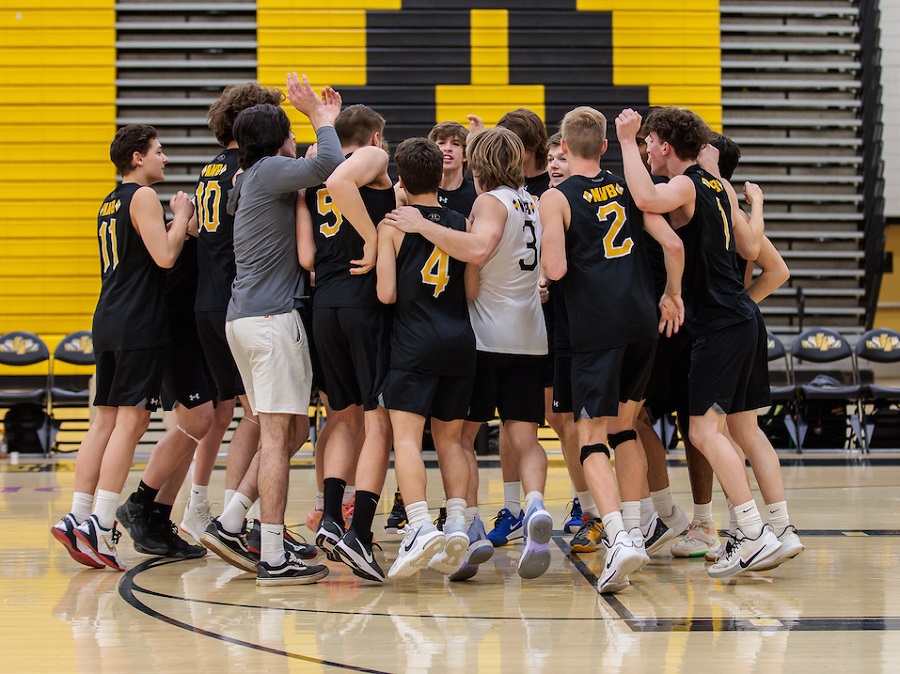 Tigers Clinch Share of Section Title With Win Over Rams

North Allegheny Boys Volleyball earned a share of the AAA Section 2 Title with a 3-0 win over Pine-Richland at home Thursday night.

In the first set, three aces from senior Caleb Schall combined with a Cole Dorn kill gave NA an early 4-0 start. Dorn went on to add three additional kills in the set, while Schall added one more.  Varun Kaveti notched two kills and a block, while Zach Brkovich had two kills. Titus LaMay, Jack Birch and Nico Sfeir all registered a kill as well as the Tigers took set one 25-7.

In set two, the Tigers danced out to an 8-2 advantage, as Jax Wilhite gathered two kills and a block, Ben Huet recorded a kill and a block and Birch registered another kill. The Rams tried to creep back into the second frame, but strong play from some of the younger Tigers kept the PR in check. Will Hahn recorded an ace, while Stone Gaertner earned a kill and two blocks and NA won the set 25-11.

Set three turned out to be the closest of the whole match, as Pine-Richland kept the pace with North Allegheny. Sfeir registered three kills, LaMay tallied a kill and an ace, and Wilhite added two kills and a block to seal the match. Ryan Treser won the set with a kill to make the score 25-22.

The Tigers improve their record to 11-1 overall on the season and in section play. The win secures at least a share of the section title with Seneca Valley. The Tigers head into the Shaler Invitational this Saturday before postseason play next week. WPIAL Playoff Brackets will be released Friday afternoon.