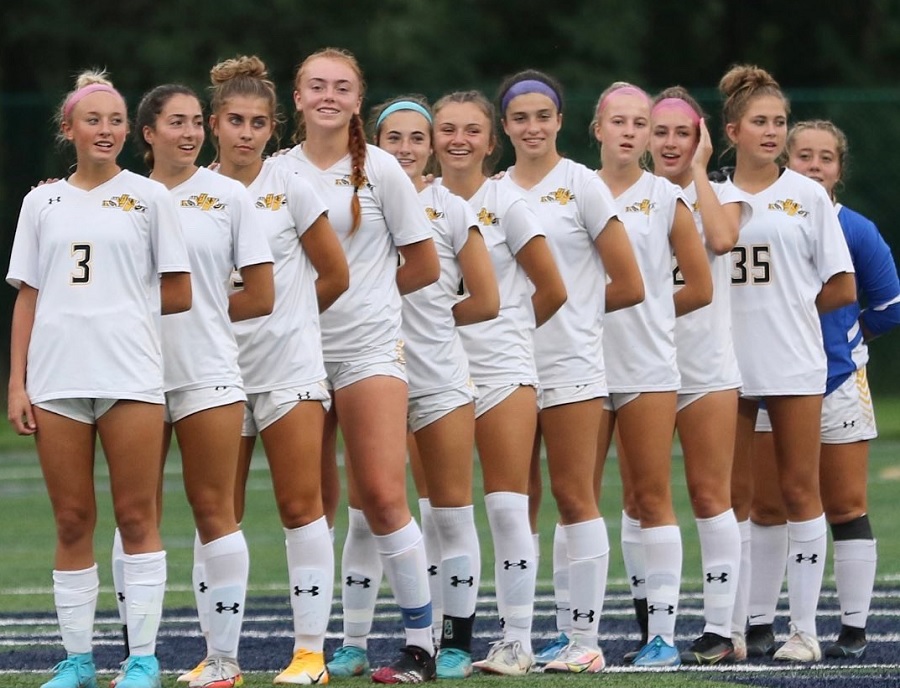 The North Allegheny girls’ soccer team picked up a third consecutive win to start the 2022 campaign and defeated the Shaler Titans on Monday night, 6-2. The triumph over the Titans was also NA’s first win in Section 1-4A competition.

The Tigers leaped to a 3-1 lead by intermission with goals from junior Natalie Figura, and seniors Lucia Wells and Allie Burns.

Wells scored her second of the night with 26:57 remaining in the second half for a 4-1 advantage. After a Shaler goal cut the score to 4-2, Burns answered with her second marker by scoring on a header off a cross to increase the NA lead to 5-2 with 11:59 to play.  Junior Sam Braden put the finishing touches on the victory with a goal with 1:13 remaining to close out a 6-2 victory.

North Allegheny jumps to 3-0 overall and 1-0 in Section 1-4A. Shaler slips to 0-1 overall and in the section. The Tigers will play in their first home game of the year on Wednesday night when the Pine-Richland Rams come to Newman Stadium. The contest will be broadcast live by the North Allegheny Sports Network.