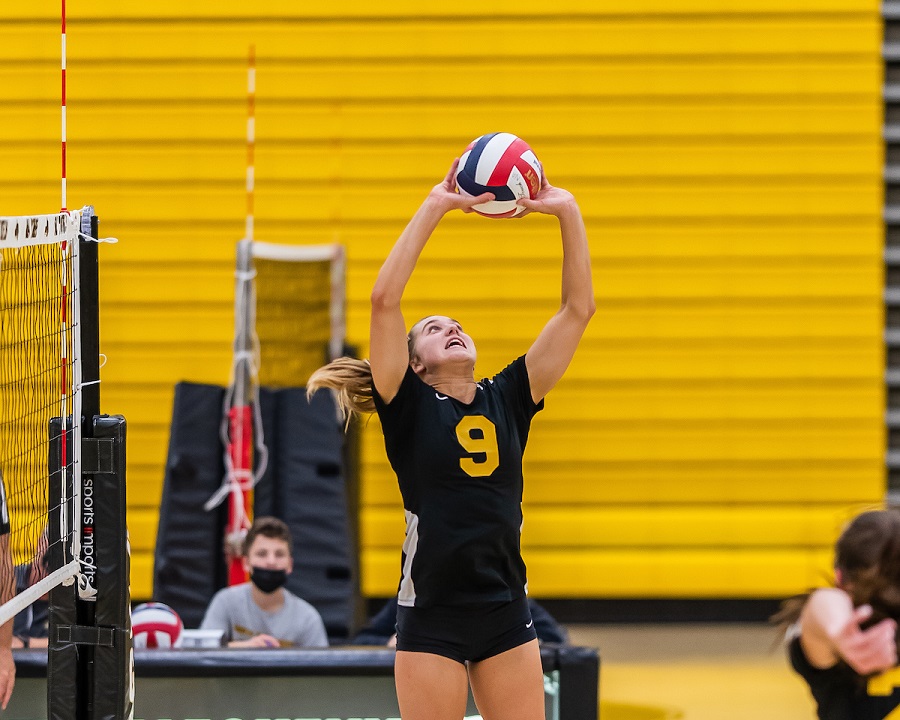 The North Allegheny girls’ volleyball team cruised to a 3-0 sweep at North Hills on Thursday night in Section 1-AAAA action. The Tigers earned the win by set scores of 25-8, 25-11 and 25-21.

Much of the roster contributed to the win and junior Mia Tuman spearheaded the effort with a strong all-around performance. Tuman led the team with four aces and 36 assists, and tied for the team lead for blocks with three. She added seven digs on defense as well.

With the win, North Allegheny improves to 11-1 overall and 9-1 in Section 1-AAAA. North Hills falls to 3-11 overall and 2-9 in section play. The Tigers will host Shaler on Tuesday night for a section showdown with the Titans. The match will be broadcast live via the internet on the North Allegheny Sports Network.