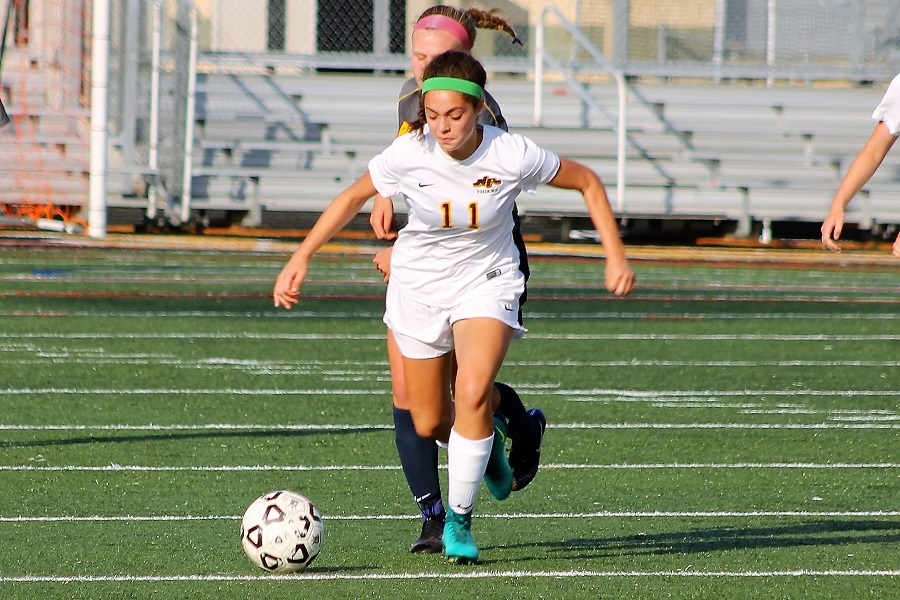 The North Allegheny girls’ soccer team bounced back from a narrow season-opening loss to Peters Township with a dominant effort on Thursday night, defeating the Altoona Mountain Lions, 7-0. Sophomore Emma Bundy led the onslaught of Altoona with a hat trick.

It was Bundy who opened the scoring for the Tigers with an unassisted goal within the first five minutes of the contest. North Allegheny dictated the pace throughout the first half and permitted only one shot on goal, maintaining a 1-0 lead at intermission.

In the second half, North Allegheny unleashed an avalanche of goals that buried the host Mountain Lions. Bundy scored twice in the second half with Morgan Anderson, Alex Adams, Sophia Spano and Grace Billman all posting goals. Assists were added by Anderson (2), Bundy, Ava Ruppersberger and Sarah Schupansky.

North Allegheny improves to 1-1 on the season following the win. The Lady Tigers will visit Upper St. Clair on Saturday at 2:30 p.m.