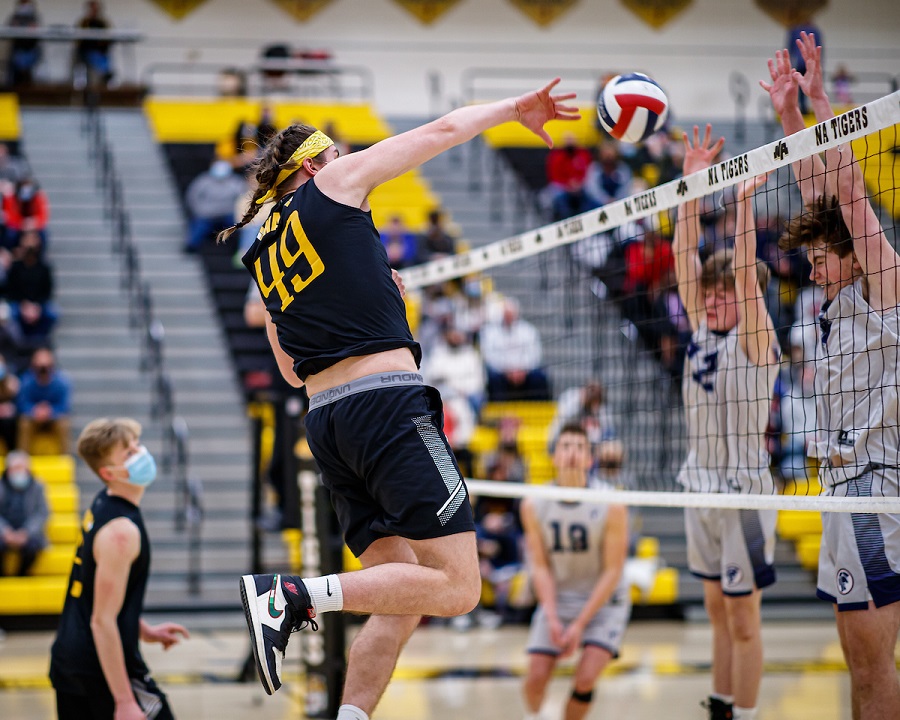 The North Allegheny boys’ volleyball team maintained its unblemished record on Tuesday night with a 3-0 road sweep at Shaler in Section 2-AAA play. The Tigers won by set scores of 25-14, 25-19 and 25-12.

North Allegheny improves to 8-0 overall and in Section 2-AAA. The Tigers will host the NA Invitational on Saturday beginning at 8:30 a.m.