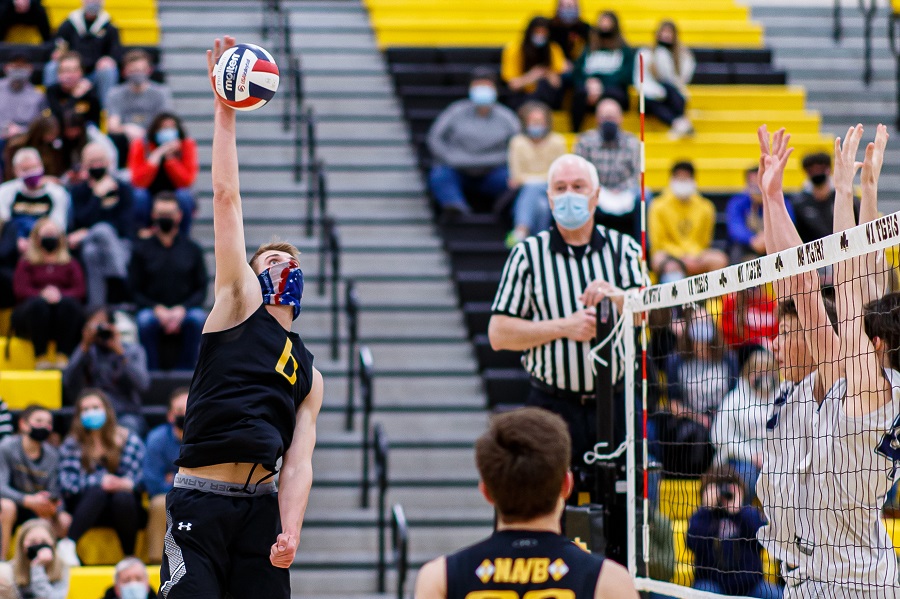 In an early season showdown with section foe Shaler, the North Allegheny boys’ volleyball team rolled to a 3-0 sweep of the Titans on Thursday night. The Titans entered the night ranked No. 6 in the state in the latest PVCA rankings, but the top-ranked Tigers cruised to set wins of 25-14, 25-10 and 25-12.

In the opening set, senior Michael Mosbacher set the tone for the entire night with an early kill that reverberated throughout the NASH gymnasium. Mosbacher, and fellow senior Garrett Hrvoich, each tallied four kills and a block as the Tigers claimed a 25-14 win in set one. Hrvoich totaled six kills and four digs on the evening.

North Allegheny stormed out of the gates in set two with an 8-1 lead and never looked en route to a 25-10 win. Junior Cole Dorn took the spotlight in this set, contributing three kills, one block and an ace.

Despite a kill by Shaler’s Ian Weber to start set three, North Allegheny used a 7-0 run to seize control once again. The 7-0 spurt was sparked by four consecutive aces by Mosbacher. For the night, Mosbacher totaled a team-high eight kills and four aces, to go along with four digs and a block. For a strong all-around performance, Mosbacher was named the Wright Automotive Player of the Game.

Following the Mosbacher aces, the Tigers continued to dominate and finished off the Titans with a 25-12 win in set three.

With the win, North Allegheny improves to 2-0 overall and in Section 2-AAA. The Tigers return to action on Thursday, April 8 against the Butler Golden Tornado.