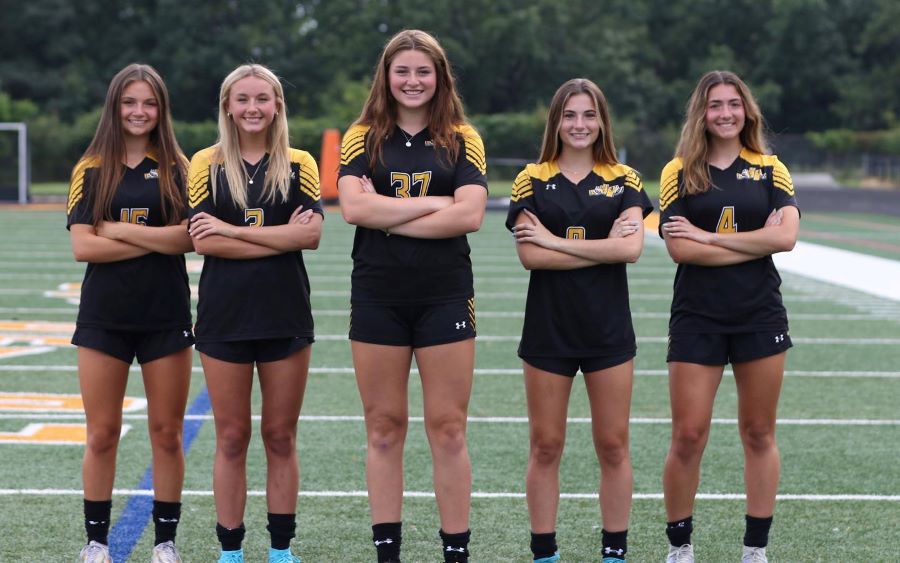 A ten-goal outburst in the second half spearheaded a Senior Night blowout for North Allegheny on Monday, 11-1, over the Shaler Titans in a Section 1-AAAA contest at Newman Stadium.

While the game had a lopsided finish, the first half was a far different story. The Tigers dictated the pace throughout most of the half, but a quick strike by the upstart Titans gave the visitors a 1-0 lead. Senior Haley Kostorick streaked up the left sideline and feathered a pass to Lexi Tylenda who let loose a blast from 30-yards out with 22:40 remaining in the first half.

Following the Tylenda goal, the skies opened and NA wouldn’t let the downpour, or the early deficit, dampen Senior Night. With 5:36 left in the half, senior Lucia Wells tied the score with her first of the night on a point-blank shot from a sharp angle and the game was deadlocked, 1-1. Lucia Wells led all goal scorers with a hat trick, increasing her team-leading total on the season to 16, earning Wright Automotive Player of the Game honors.

In the second half, North Allegheny opened the floodgates and scored six times in the first 10 minutes of the half and netted 10 unanswered goals to take command of the game. Junior Abigail Stager gave the Tigers a 2-1 lead in the 42nd minute and NA never looked back.

Along with Bundy, Burns and Lucia Wells, fellow seniors Sophia Palermo and Riley Cerqua were all recognized before the game.

North Allegheny leaps to 11-1 overall with the victory and jumps to 7-1 in Section 1-AAAA. Shaler slips to 2-7-1 overall and 1-6 in section play. The Tigers will visit Pine-Richland on Wednesday in another section contest.