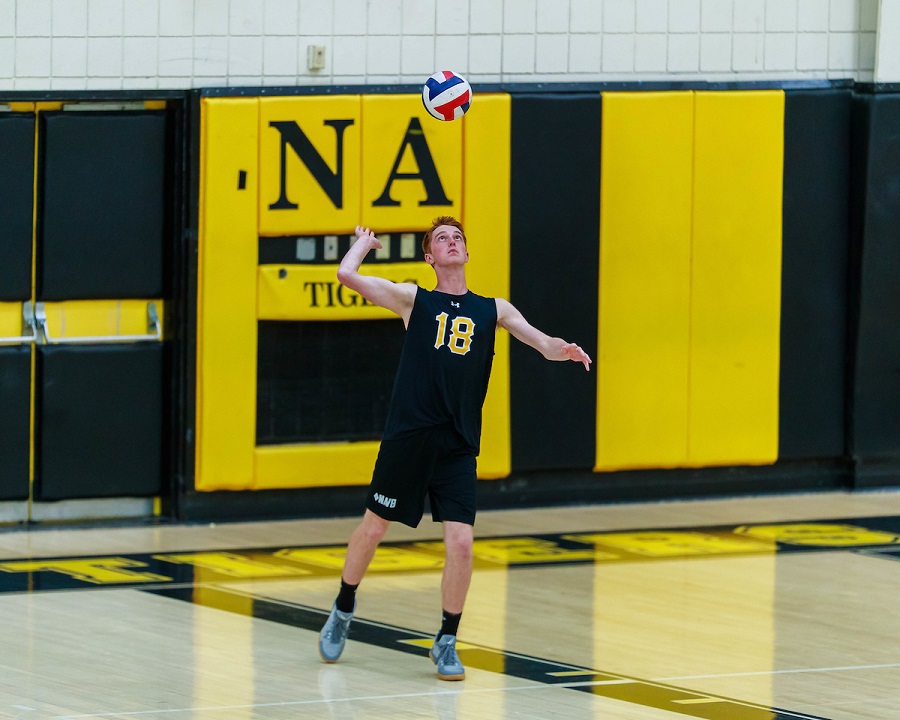 In a rematch of last year’s WPIAL semifinals and PIAA quarterfinals, the North Allegheny boys’ volleyball team once again claimed a 3-0 victory over the Butler Golden Tornado on Tuesday night. The Tigers earned the Section 2-AAA triumph by set scores of 25-8, 25-16 and 25-11.

North Allegheny asserted its dominance from the very start and raced out to a 22-5 lead in the opening set. Senior Drew Hunker blistered Butler with three kills in the first set, on his way to a team-high seven kills for the match. Senior Jeremiah Zemet added two kills and a block in the first set as the Tigers claimed a 25-8 victory. Zemet finished with four kills and four blocks for the night.

In set two, North Allegheny opened up a 21-10 advantage and coasted to a 25-16 win. Sophomore Evan Holmes provided three kills in the set and finished with four on the evening.

The Tigers controlled the tempo in the third set to capture a 25-11 win to lock up a clean sweep of the Golden Tornado. Senior Alex Zubrow shined in the final set and totaled five kills, three blocks and two aces in the section win.

Senior setter Sava Topich dished out a team-best 23 assists and senior libero Trevor Treser provided five digs and three aces. Earning a start and chipping in with solid minutes in the first two sets was senior Matt Donaldson, who came away with Wright Automotive Player of the Game honors.

North Allegheny jumps to 3-0 overall and in Section 2-AAA action. Butler falls to 2-1 overall and 1-1 in section play. The Tigers will visit Penn-Trafford on Thursday in a tough non-section matchup.