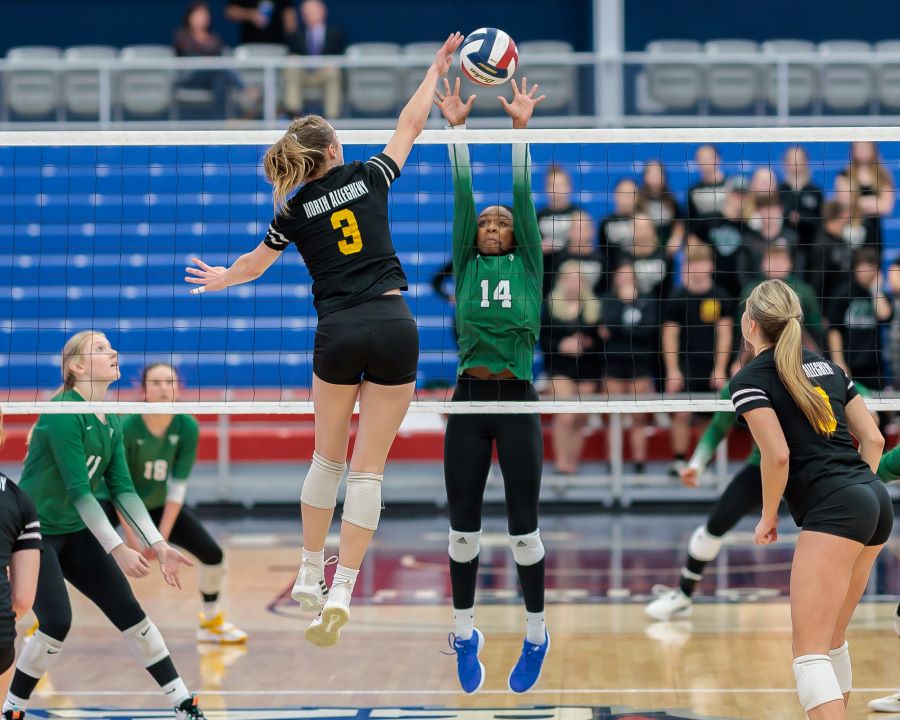 The North Allegheny girls’ volleyball team took on section rival Pine-Richland in the WPIAL Class 4A championship on Saturday evening at Robert Morris University and dropped a 3-2 decision to the Rams. The Rams won their fourth WPIAL title, and first since 2010, with set wins of 25-21, 20-25, 25-22, 15-25 and 15-11. The outcome snaps a 33-match winning streak for the Tigers

Entering the WPIAL championship, North Allegheny hadn’t lost a set all season but Pine-Richland ended that streak as well with a 25-21 win in the opening set. The two teams battled back and forth throughout the night, leading to a fifth and decisive set. With the score tied 10-10 in the fifth, PR rattled off five of the final six points to claim WPIAL gold. Senior Kaili Doctor led the Rams with a game-high 26 kills, four aces and two blocks. Katie Yanni added 16 kills for PR.

Appearing in the WPIAL title tilt for a sixth consecutive season, the Tigers played valiantly and was paced by senior Ella Deeter with a team-high 14 kills, 13 digs and five blocks. For her efforts, Deeter was named the Wright Automotive Player of the Match.

Following the loss, North Allegheny slips to 18-1 overall, while Pine-Richland improves to 16-2 on the season. Both teams qualify for the PIAA tournament, which begins on Tuesday.