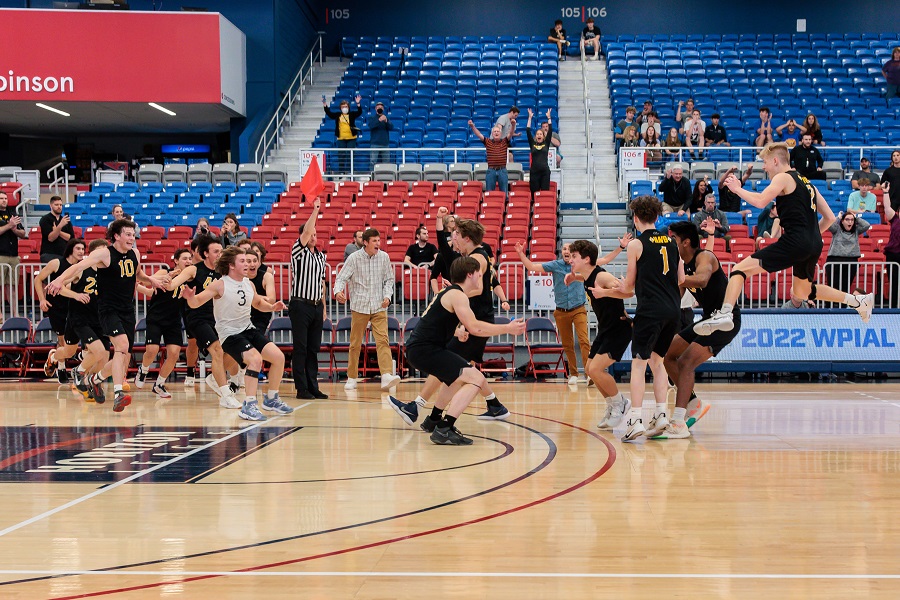 The North Allegheny boys’ volleyball team won a fifth consecutive WPIAL championship and 22nd overall with a thrilling 3-2 victory over rival Seneca Valley on Wednesday night at Robert Morris University. It’s also the 16th WPIAL crown for NA in the last 19 seasons. The Tigers won by set scores of 25-23, 21-25, 22-25, 25-17 and 21-19.

Trailing in the match score, 2-1, after three sets, North Allegheny played with the heart of a champion to win the fourth set and prevailed in a marathon fifth set against a valiant Seneca Valley team. The Raiders were vying for their first WPIAL crown and won the second and third set on the strength of 19 kills from senior Nathan DeGraaf.

The Tigers clawed their way back thanks in large part to senior Cole Dorn, who belted out a team-high 25 kills. The Saint Francis University commit also added 13 digs and two blocks and earned Wright Automotive Player of the Game honors. Dorn had five kills and a block in the decisive fifth set. 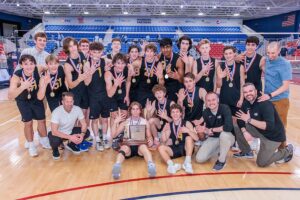 North Allegheny improves to 14-1 overall, while Seneca Valley dips to 17-2 on the season. The Tigers will now set their sights on a state title and will begin their run in the PIAA playoffs on Tuesday.