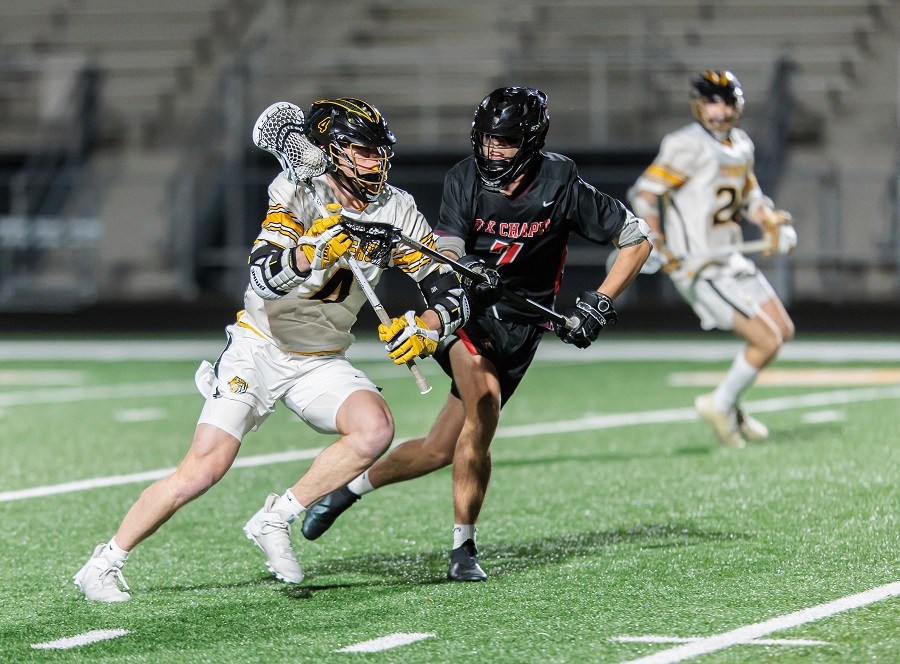 North Allegheny used a strong first half to snap a two-game losing streak and post a 13-7 win over Fox Chapel in their first section contest of the season.

Coming off losses to Mt. Lebanon and Manheim Township, freshman Travis Lamark opened the scoring for the Tigers before Fox Chapel tied the game at 1-1. Senior Cole Bordo then struck twice in a span of 47 seconds to give North Allegheny a two-goal lead. Senior JP Walsh answered for the Foxes with his first of three goals on the night to make it a 3-2 game.

Lamark and Bartolomucci each added their second goals of the night to give North Allegheny an 8-2 lead as the Tigers scored five unanswered tallies. Walsh struck again for Fox Chapel before Bordo and Bartolomucci completed their hat tricks. Fox Chapel scored late and the score at halftime was 10-4, Tigers.

The teams traded goals the rest of the way, scoring one each in the third quarter and two apiece in the fourth quarter to make the final score 13-7.

Bordo added an assist to go with his hat trick and now has a ream leading 14 goals on the season. Banyas (2 goals, 1 assist), Tedder (2,2) and Lamark with two goals had multiple point efforts in the win for North Allegheny. Senior LSM Marco Pascarella added a goal and had a great night defensively with three steals and eight ground balls. Evan Lyon added an assist for the Tigers.

It is a quick turnaround for the Tigers (2-2, 1-0) as they travel to Ohio tomorrow night to take on Western Reserve Academy before returning home Monday to host Bethel Park in a non-section tilt. That game set for a 6:00PM faceoff can be heard on the North Allegheny Sports Network.