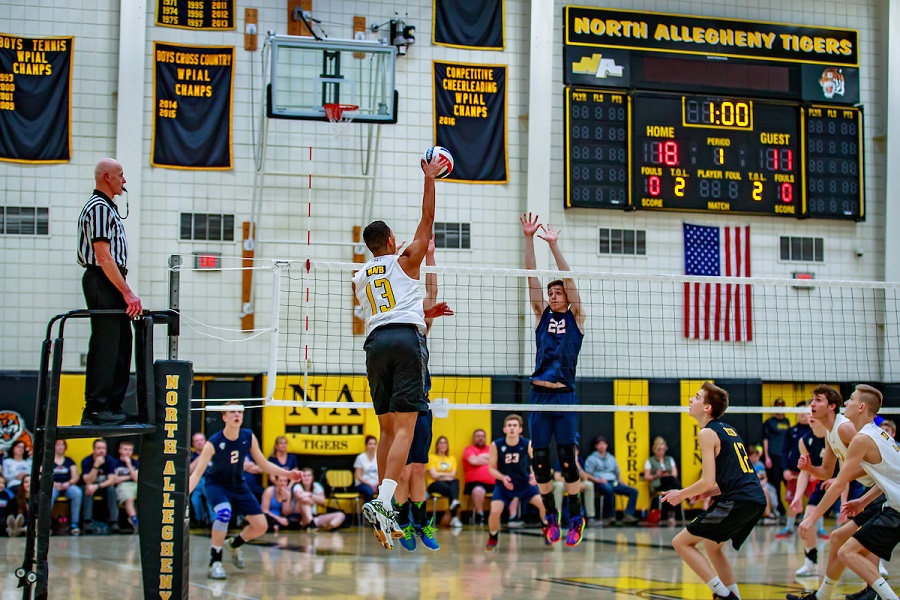 North Allegheny sailed through pool play and earned the No. 1 seed entering the tournament playoffs. In the first round, North Allegheny topped Central Catholic, 25-14, before facing another heavyweight in the state rankings, Central Dauphin, in the quarterfinals. The No. 2-ranked Rams were toppled by the Tigers, 25-22. In the tournament semifinals, North Allegheny battled section rival Seneca Valley andc defeated the Raiders 25-14. That set the stage for NA’s title tilt with Central York and subsequent championship win. For complete pool/playoff results, click here.

The top-ranked Tigers will begin section play with a visit to Shaler on Tuesday night. Start time is set for 7:00 p.m.