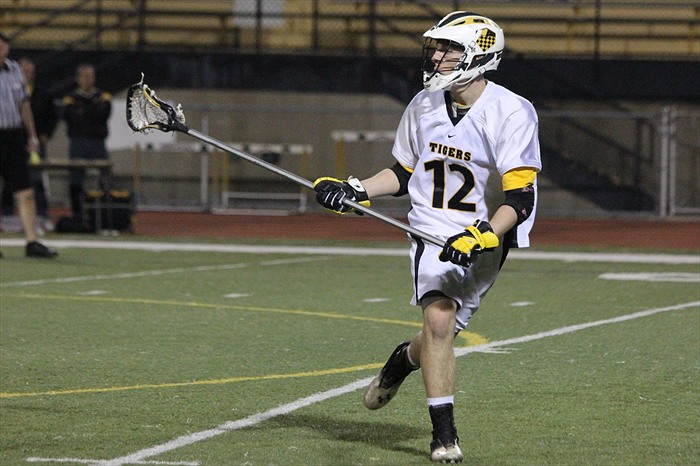 Upper St. Clair, the top-ranked team according to laxpower.com, scored five unanswered goals in the second half to deal North Allegheny a 9-5 defeat on Thursday night at Newman Stadium. The feisty Tigers scratched and clawed with the Panthers throughout most of the game until USC’s late-game surge put the game out of reach.

Upper St. Clair opened up a 3-1 lead in the second quarter before NA’s Alec McGovern and Nick Koebley scored back-to-back goals to knot the game at 3-3 by halftime. Early in the third quarter, McGovern scored again to give the Tigers a 4-3 lead. USC tied the score moments later but North Allegheny regained the lead with 5:01 remaining in the third on a marker by Will Petraglia to make it 5-4, Tigers. Despite a hard fought effort by North Allegheny, top-ranked Upper St. Clair netted five consecutive goals over the final 13 minutes for a 9-5 victory.

With the non-section loss, North Allegheny slips to 6-5 overall. Upper St. Clair improves to 11-1 overall.  The Tigers have a few days off before hosting Sewickley Academy in another non-section affair.  Start time is slated for 7:00 pm.