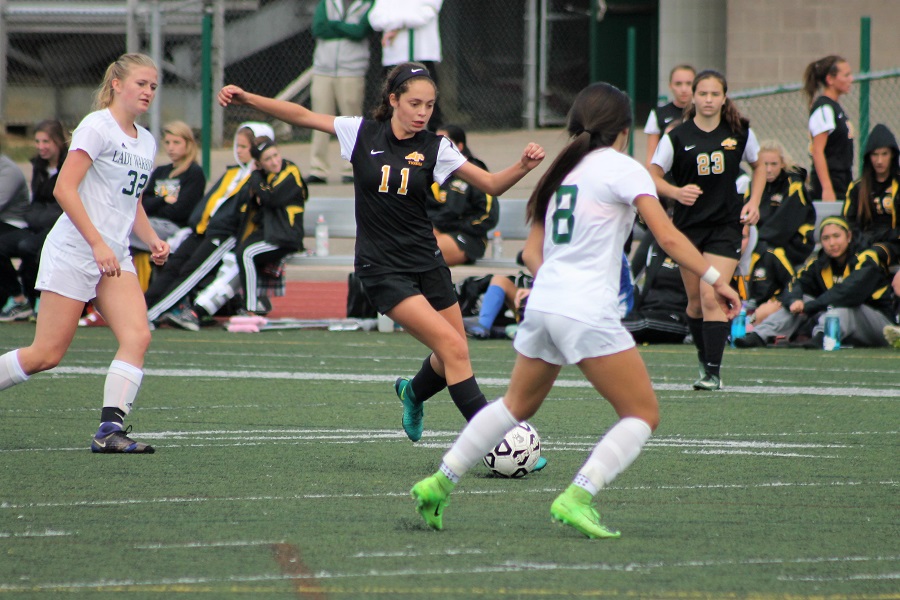 Junior Alex Adams scored two goals to help propel the North Allegheny Tigers to a 2-0 triumph over the Penn-Trafford Warriors in the first round of the PIAA playoffs on Tuesday night at Fox Chapel High School. The Tigers were making their first appearance in the state playoffs since 2011 and stunned the WPIAL champion Warriors to advance to the PIAA quarterfinals on Saturday.

Tuesday night’s game between North Allegheny and Penn-Trafford marked the first playoff meeting between the two teams since a WPIAL first round contest in 2014. The Warriors won that game by a 3-2 decision courtesy of an overtime goal by Casey Aunkst to spoil an NA upset bid.

With the Tigers again playing the role of playoff underdogs to the Warriors, North Allegheny came out strong and took a 1-0 lead on a great individual effort and goal by Adams with 13:26 remaining in the first half.

West Virginia University recruit Mackenzie Aunkst, Casey’s younger sister, nearly tied the game for PT with 10:12 to go in the half but her shot from the right wing hit the crossbar and the score remained, 1-0, Tigers.

North Allegheny sophomore Emma Bundy, a Duquesne University recruit, almost gave the Tigers a two-goal lead going into halftime but she was denied a sparkling save by Penn-Trafford sophomore goalie Megan Giesey.

In the second half, the Tigers continued to press in the first 10 minutes and produced strong scoring chances from Bundy and sophomore midfielder Sophia Spano. While Giesey stopped those NA scoring opportunities, she couldn’t deny a shot by Adams with 26:13 remaining and the Tigers lead swelled to 2-0. For her efforts, Adams was named the Wright Automotive Player of the Game.

Penn-Trafford didn’t go down without a fight but the play of the NA defense thwarted the WPIAL champions and the Tigers earned a 2-0 victory to advance to the PIAA quarterfinals to face the Norwin Knights. Senior goalies Olivia Ruppersberger and Julia Correa combined for the shutout.

North Allegheny improves to 14-7-1 on the season and will play Norwin on Saturday at a site and time to be determined. Penn-Trafford’s season comes to a close with a 17-4-1 record.