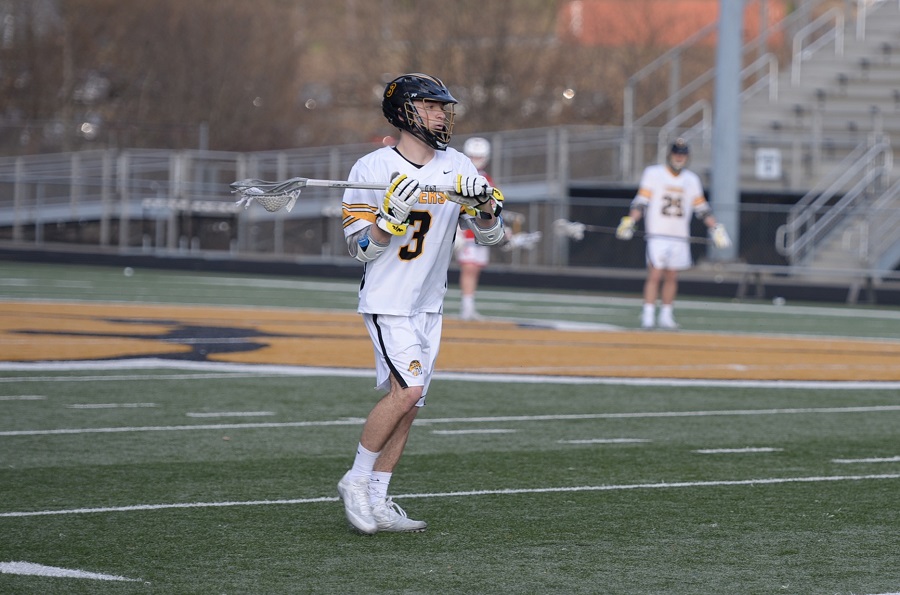 The North Allegheny boys’ lacrosse team suffered its first loss of the season with an 8-5 defeat to Upper Arlington (OH) on Sunday afternoon at Newman Stadium.

The first half was a nip-and-tuck affair with the North Allegheny holding a 3-1 lead after one quarter of play. North Allegheny junior attack Isaiah Davis, coming off a six-goal performance on Saturday, netted two goals in the opening stanza, as well as one goal from senior Ryan Leonard.

Upper Arlington answered back, however, with a five-goal outburst in the second quarter to grab a 6-4 lead by intermission. Senior Kyler Byerly tallied a goal for NA in the second period.

After a scoreless third quarter, Upper Arlington netted a pair of goals in the fourth quarter to provide enough breathing room to capture an 8-5 victory. NA’s lone goal in the second half was provided by Matt Osten.

North Allegheny slips to 4-1 overall on the season. The Tigers will host Bethel Park on Thursday at 7:30 p.m. The non-section contest will be broadcast live via the internet by the North Allegheny Sports Network.