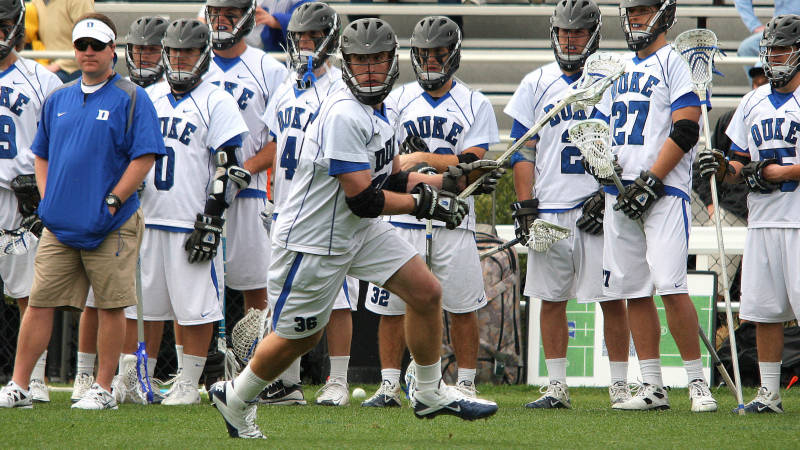 A record 38 nations will be competing in this year’s FIL World Championship beginning this weekend in Commerce City, Colorado. Amongst the many players competing in this 10 day event is North Allegheny graduate Andrew Rullan, who will play as a midfielder for Team Germany.

Andrew, who graduated from NA in 2007, is currently an assistant coach to his father, John, on the Tigers Boys’ Lacrosse Team. A three-year letterwinner at North Allegheny, Andrew finished his career with 98 goals and 35 assists, was named an All-American his senior season, and was voted the WPSLA Division 1 Player of the Year, amongst other accolades. Andrew went on to play collegiately at Duke University and was a member of the Blue Devils National Championship in 2010.

Andrew Rullan and Team Germany will begin competition on Friday, July 11, against Belgium.  The event opens Thursday, July 10, with a rematch of last year’s world championship, pitting the United States against Canada.  For more information about the 2014 FIL World Championship, please visit http://www.worldlacrosse2014.com/.  Best of luck to Andrew Rullan in the World Games!