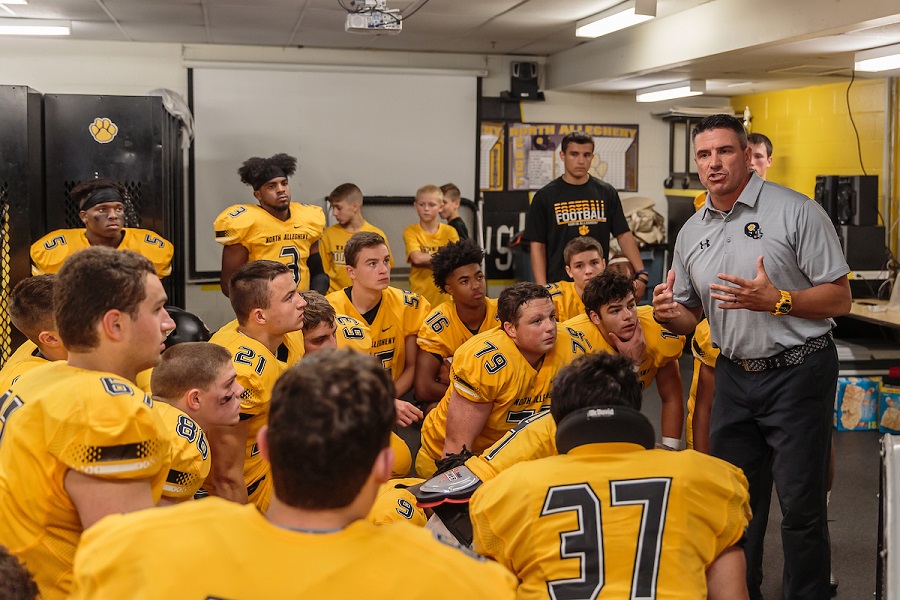 Following a 10-1 season and a Quad County Conference championship in Class 6A, the North Allegheny football team had 15 players named to Big 56 Conference all-conference teams. Additionally, head coach Art Walker was recognized as the Class 6A Coach of the Year.

Graham and Boyd helped plow open running lanes for Maenza, one of the top rushers in Class 6A, amassing 1,073 yards and 17 rushing touchdowns. Hoke was NA’s leading tackler on defense with 86 stops and five sacks. Providing blanket coverage in the secondary, Porter Jr. corralled three interceptions after a seven-interception performance last season as a junior. A player who could tilt the field at any time, West averaged 38.3 yards per punt and pinned opponents inside the 20-yard line eight times on the season.

For a complete list of the Big 56 Conference all-conference teams and a first-team photo gallery, click here.