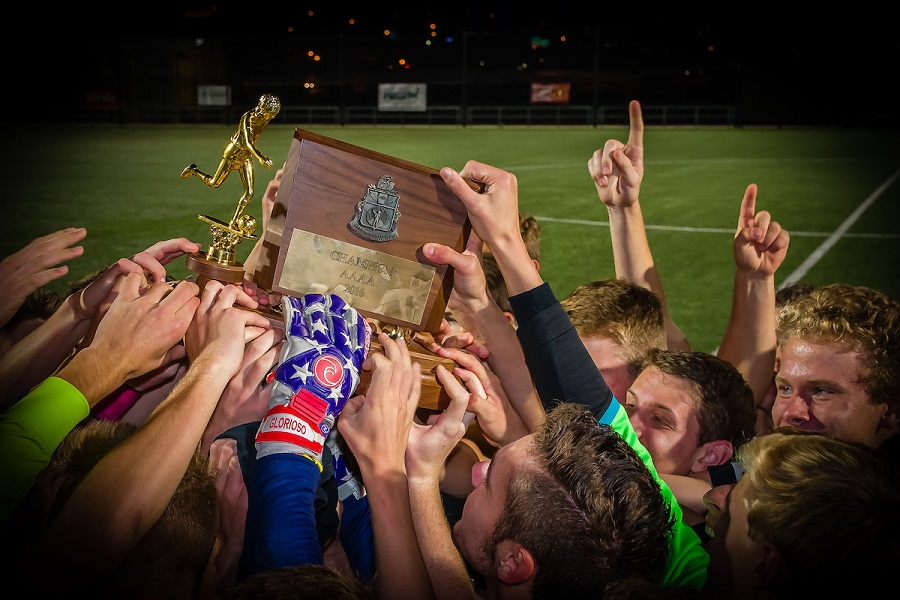 Taking over for storied North Allegheny soccer coach Bruno Schwarz in 2005, Vosmaer was faced with the task of returning the Tigers program to glory. Under Vosmaer, the Tigers have reached the post-season 9 out of 12 years and are currently riding a streak of seven consecutive playoff appearances. The 2016 campaign become one for the ages as North Allegheny’s propensity for late-game heroics vaulted the Tigers to a 17-3-5 season and a WPIAL title, the first for the program since 1999. For his hard work and dedication, Vosmaer was named the WPIAL Class AAAA Coach of the Year.

This year’s championship run saw its fair share of adversity, including an early-season injury to Luchini who was the team’s leading scorer from the season prior. Without the services of Luchini for most of the year, the entire NA squad stepped up and played with ferocity and skill in each and every game in the ultra-tough Section 1-AAAA. Among those players was Leonard who was a rock in the midfield for the black and gold. Leonard delivered steady play and contributed with four goals and a team-high six assists.

Despite missing most of the year, Luchini battled through his injury to return in the WPIAL semifinals against Pine-Richland. The talented scorer made his biggest impact for the Tigers on the grand stage of Highmark Stadium in the WPIAL championship vs. Seneca Valley. With North Allegheny trailing 1-0 in the second half, Luchini scored on a header with just over two minutes left in the game to force overtime. Luchini, continuing to play through pain, added an assist on Sean Atwater’s game-winning goal in a thrilling 2-1 win in the title tilt. In limited playing time because of his injury, Luchini finished the season with five goals and two assists.

While Luchini and Atwater scored the goals in the WPIAL championship game, the net play of Glorioso kept the team in the game. That night at Highmark Stadium was just one example in a fabulous season-long performance by the Tigers net minder. Glorioso posted 12 shutouts and provided stellar play in between the pipes throughout the year. For a look at the entire list of All-WPIAL selections, click here.

Other Tigers receiving accolades recently were forward Ben Cinker and defenseman Alex Goto who were picked to the Big 56 Conference All-Section Team, both receiving First-Team honors. Leonard was also selected to the First-Team. Cinker served as the primary source for goals for the Tigers with a team-best 12 goals and two assists. An outstanding player on the backside, Goto chipped in with five assists offensively.