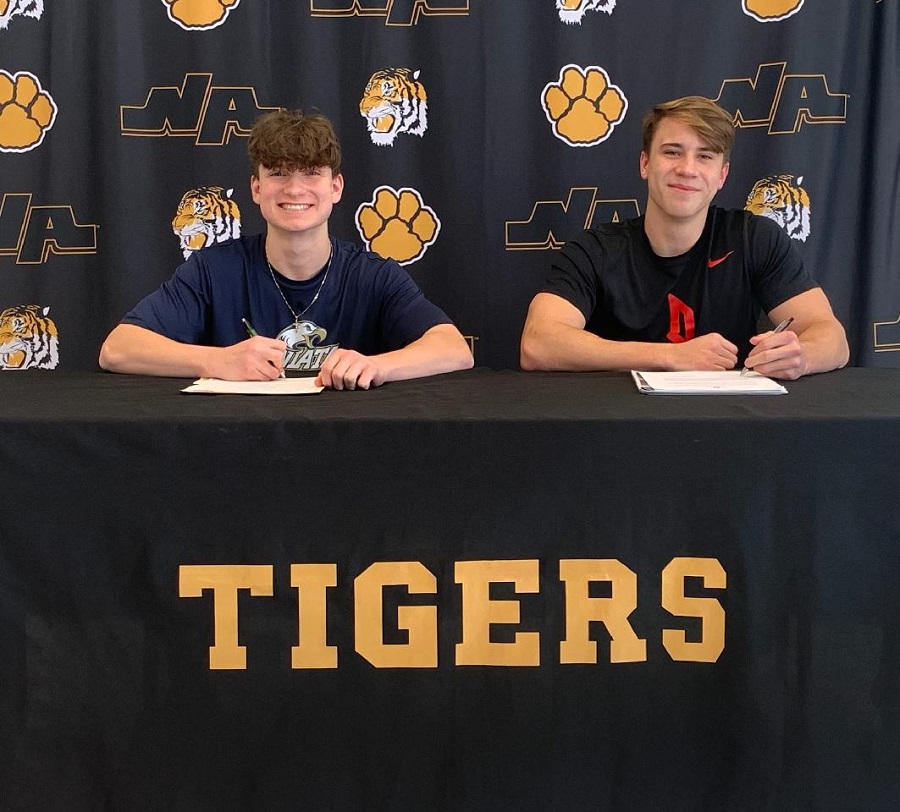 North Allegheny senior standouts Evan Anderson and Brandon Marzula made their college choices official on Tuesday to continue their academic and athletic careers at the next level. Anderson signed his letter of intent with Duquesne University and Marzula signed his LOI with Juniata College.

The senior duo of Anderson and Marzula helped North Allegheny put together a magical run to the WPIAL Class 4A semifinals and a 15-6 overall record. Both players were named All-WPIAL, as well as receiving first-team all-section laurels from the Big 56 Conference in 2021.

Anderson, who was also named all-state by the WPSCA, scored a team-high 28 goals last fall, raising his career total to 50.  Anderson was twice named All-WPIAL in his career and twice named first-team all-section.

Anderson will join a strong Duquesne team coming off a 10-7-2 season and Atlantic 10 conference championship game appearance last season. He plans to major in Athletic Training.

Marzula will play for a Juniata men’s soccer program in the NCAA Division III Landmark Conference. He plans to study Business at Juniata College.