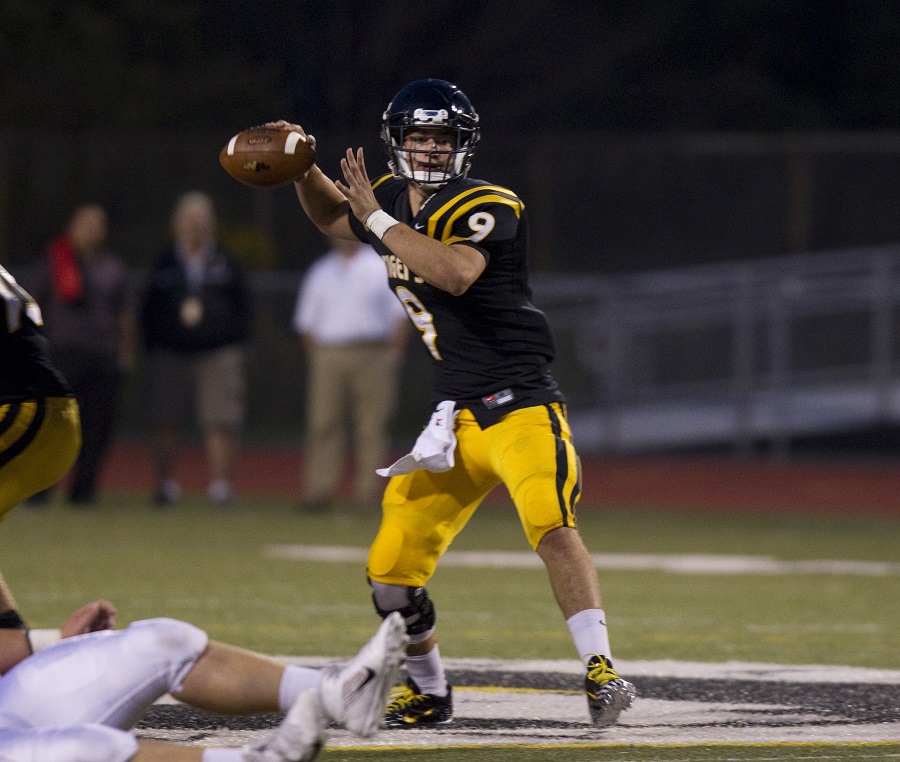 Senior quarterback Jeff Clemens tossed three touchdown passes to help lead North Allegheny to a 31-21 victory over the Fox Chapel Foxes on Homecoming Night at Newman Stadium.  Clemens completed 9 of 15 passes for 165 yards and delivered a 39-yard touchdown pass to Clay Byerly with 4:32 left in the fourth quarter to solidify the North Allegheny win.   For his efforts, Clemens was named the Wright Automotive Player of the Game.

Fox Chapel opened the game with the football, but following a three and out, Jack Lundy shanked a punt from his own end zone and the Tigers offense took over possession at the FC 22-yard line. North Allegheny capitalized on the field position and scored on a 14-yard touchdown pass from Clemens to tight end Griffin Sestili to take a 7-0 lead.

On the ensuing possession, the Foxes drove 59 yards on 12 plays, primarily on the passing of senior quarterback Billy Urso who completed five passes on the drive for 49 yards. The FC march stalled at the Tigers 11-yard line and the Foxes settled on a 27-yard field goal attempt by Lundy, but the kick hooked wide left and North Allegheny maintained its 7-0 advantage.

That lead swelled to 14-0 with 4:37 on the clock in the second quarter when Clemens capped a five play, 65-yard drive with a 13 yard touchdown strike to tight end Paul Blendinger. The Tigers added a 35-yard field goal by Seth Mancuso with 2:10 remaining in the half to give NA a 17-0 lead by intermission.

North Allegheny started with possession in the second half and took just two plays before adding on to the lead. On a 2nd down and 1 from the NA 44-yard line, sophomore running back Michael Pope sprinted 56-yards for a touchdown and the Tigers advantage ballooned to 24-0.

Fox Chapel refused to go away easily and chipped into NA’s lead with a 1-yard touchdown run by Thomas Smith with 6:29 remaining in the third quarter, and a 6-yard touchdown pass from Urso to tight end David Brown with 6:19 to play in the fourth quarter, trimming the score to 24-14, Tigers.

With no timeouts remaining, the Foxes attempted an onsides kick which was recovered by NA’s Alex Masaros at the Fox Chapel 49-yard line. Four plays later, Clemens uncorked a perfect deep ball to Byerly for a 39-yard touchdown that put the game on ice for the Tigers, 31-14.  Fox Chapel capped the scoring in the waning minutes of the game on a 2-yard rushing score by Carrington Vaughn.

North Allegheny improves to 5-2 overall and 4-2 in the Northern Eight Conference with the win. Fox Chapel drops to 3-4 overall and 2-4 in conference play.  The Tigers hit the road next week for a non-conference meeting with the Latrobe Wildcats.  The Foxes host Butler in an important conference game with playoff implications.

For final team and individual statistics from the game, click here. For a photo gallery click here, and for an archived broadcast of NA’s win, click here.