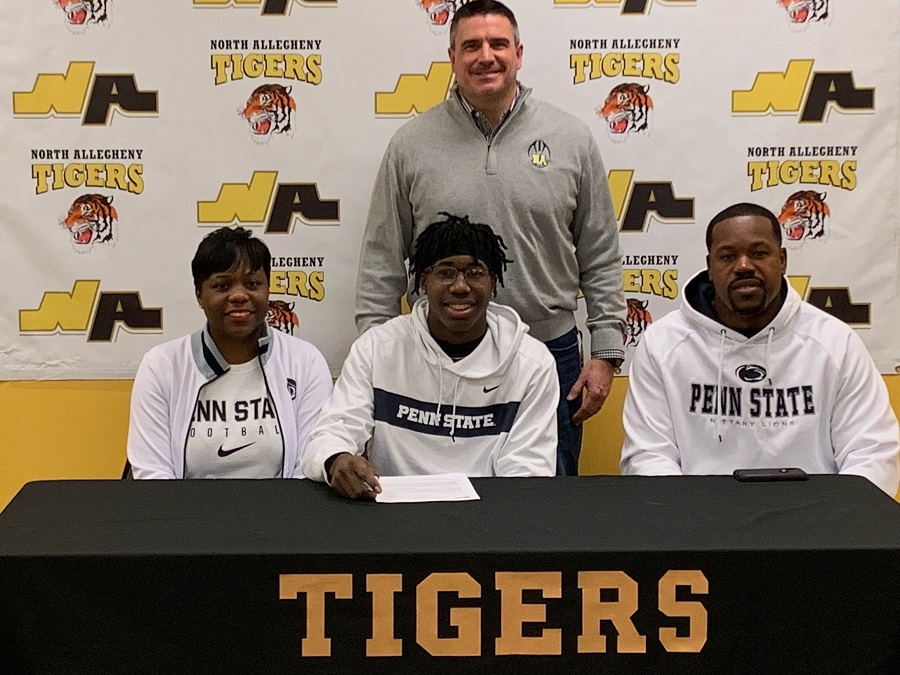 North Allegheny senior defensive back Joey Porter Jr. has signed his letter of intent to play college football at Penn State University. One of the top corners in the WPIAL, Porter was selected to the Trib 25 All-Star Team, the Pittsburgh Post-Gazette’s Fabulous 22, and first-team all-conference by the Big 56 Conference, among other accolades.

Providing blanket coverage in the secondary, Porter corralled three interceptions during the 2018 season after posting a seven-interception performance as a junior in 2017. A skilled kick returner and receiver, Porter was second on the team in receiving yards (186) and hauled in three touchdown passes last season.

Porter is pictured above with his mom, Chrissy, his dad, Joey, and North Allegheny head coach Art Walker.

Let's give a big 🔵&⚪ welcome to our newest Nittany Lion, @jjporter_1!#WeAre19#PSUSigningDay pic.twitter.com/cFBiJwROjH