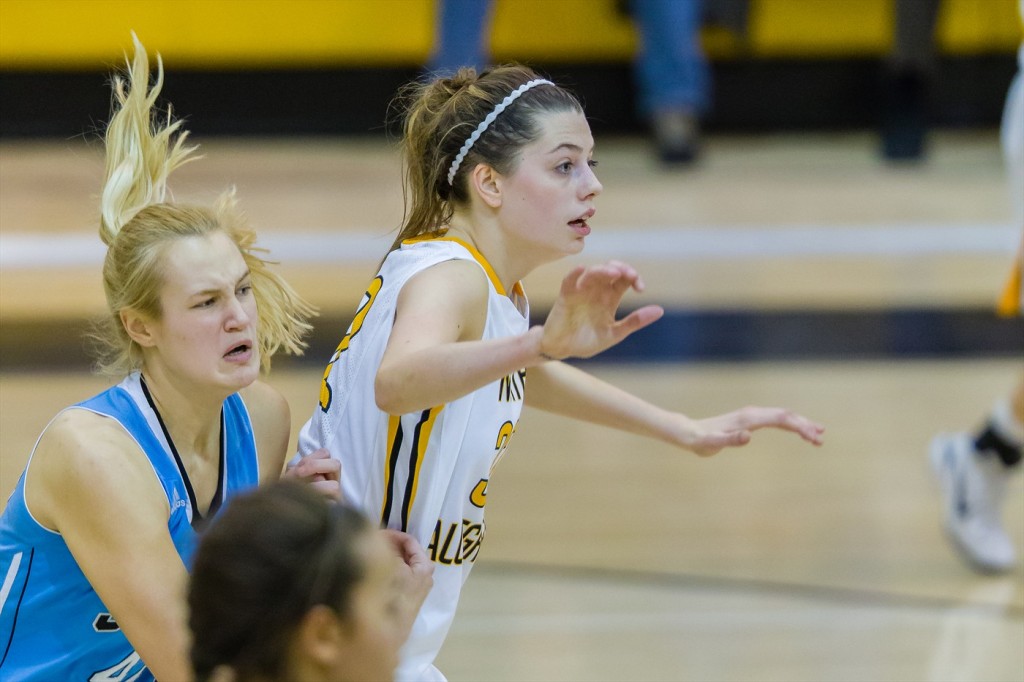 The North Allegheny girls’ basketball team wrapped up the regular season with another convincing performance, topping the Seton LaSalle Rebels by a 76-48 decision.  The Tigers dominated the glass against the top-ranked team in Class AA, outrebounding the Rebels, 44-28, with two NA players capturing a double-double.

Seton LaSalle was paced by Nicolete Newman who scored 15 points.  Cassidy Walsh added 11 points for the Rebels in a losing effort.