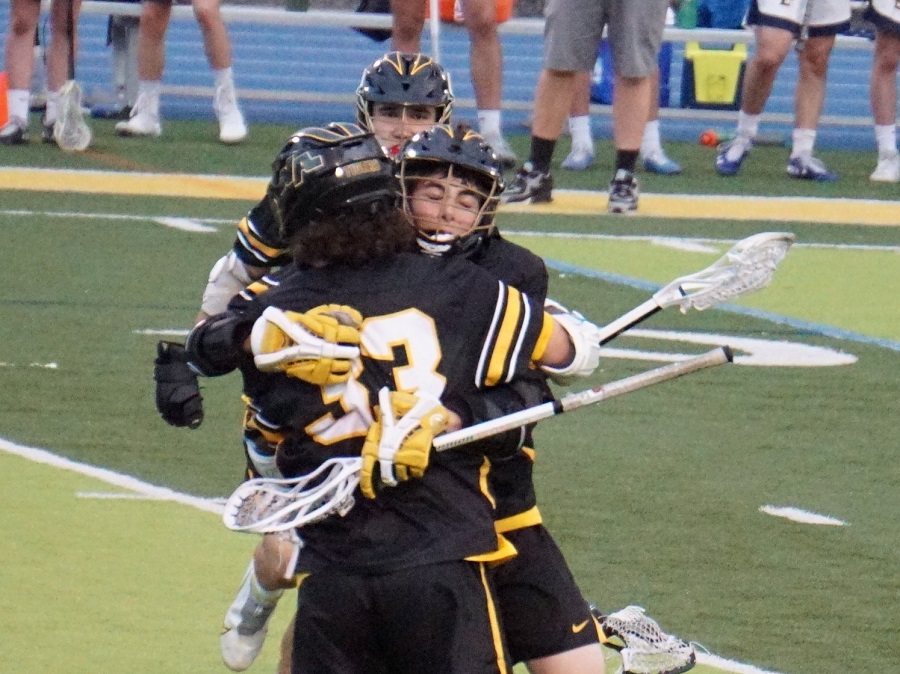 The Blue Devils opened the scoring a few minutes into the first quarter as junior John Porretta scored with 9:17 left in the frame. North Allegheny responded with back-to-back goals from freshman Evan Lyon and junior Cole Bordo to take the lead. Lebo’s Joe Gibbons and Brodie Campbell notched a pair to retake the lead 3-2, but NA’s Ben Rohan tied the game at 3-3 with 4:56 left in the quarter. The Blue Devils took a 4-3 lead after one period on a score from Ben Sombar.

The second quarter was all Tigers, as Bordo sniped two more to earn the hat trick, while sophomore Marc Bartolomucci and junior Ryan Barry added goals to give the NA the 7-4 lead at halftime.

Matthew Wertz and Thomas Lee opened the scoring in the second half with goals to make the score 7-6 with less than 8 minutes left in the third. Bordo added a fourth tally on the night 20 seconds later on an assist from senior Nick Eck. Campbell netted back-to-back markers to tie the game at eight apiece with 3 minutes remaining in the third. The second goal was a man-up chance after NA was charged with a two-minute un-releasable penalty. But that did not stop the Tigers from taking the lead with 25 seconds left in the third off a score from sophomore Christian Tedder.

North Allegheny took little time to expand the lead in the final frame, finding goals from Eck and Bordo to seal the deal. Campbell added his fourth of the contest, but it was too little too late for the Blue Devils.

Senior goalkeeper Aidan Miller once again had a strong outing, keeping the Lebo offense at bay for major portions of the game.

Bordo and Eck earned Wright Automotive Player of the Game laurels for their exceptional chemistry with less than 10 minutes left in the match.

The Tigers advance to the WPIAL 3A Boys Lacrosse Championship Game later this week at Robert Morris University. They will face a familiar foe in section rival Shady Side Academy, who beat Upper St. Clair in the other semifinal at Newman Stadium.  The day and time for the title game are still to be determined (either May 26th or 27th.) The North Allegheny Sports Network will provide live coverage of the contest.

(Photo courtesy of Will McBride.)